Ipod, GPS, cell phone, camera, banana, bike tube. These were the items I took in my back pocket today on our squads 4 hour ride. Each item has its own intrinsic significance, so let's discuss;

Cell phone- Crucial when you need to call mum to pick you up.

Camera- My blog wouldn't be anything without it, as each posts would be as pointless as this.

And finally, the overall intrinsic significance of why I disclosed the aformentioned is nil. Nevertheless, it was a great ride. 4 hours (111km) around the best loop in Brisbane. So without further a due, and with their significance consolidated, I'll let my camera/GPS continue to talk.  Here's the loop :) 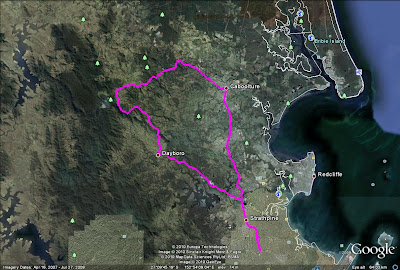 Most of the loop is through Mt. Mee State Forest. This place is amazingly beautiful, specifically the section up to Campbells Pocket and just beyond (below)... 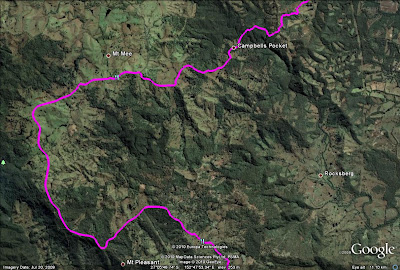 I would have taken better pictures on this ride, but I was enjoying the descents too much :) 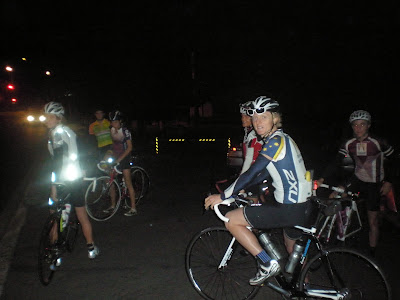 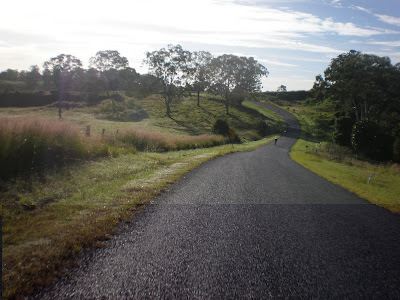 But whatever, natural beauty is ok. Let's face it, the beauty of food is better. This is the actual reason why we do this loop! 500g of blueberry danish @ Wamuran bakery :) This my friends, is righteous. 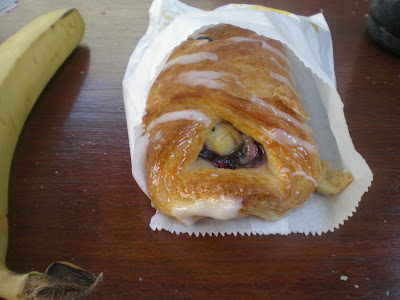 Posted by Josh Amberger at 10:09 PM No comments:

You know you're up early when the paper hasn't been delivered yet...

Those abroad aside, the significance and legacy of ANZAC Day for Australians and New Zealanders need not be explained. My Dad's side of the family has roots that run deep within the military, with each generation having fought the battles and campaigns of their times. 4:20AM Dawn service at the ANZAC Square cenotaph is a ritual my father and I attend perennially to play our part in keeping the legacy alive. 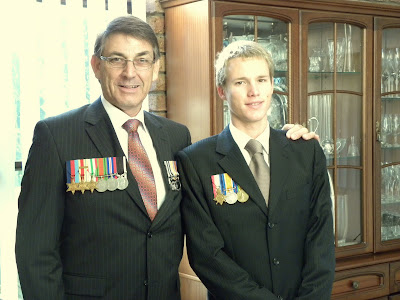 My Dad served for three years in Vietnam for the 101st under US command, as well as many other posts in South East Asia for almost a decade. Maybe this is where I get my love for the Asian continent from? Anyway I use to ask Dad why he never marches in the ANZAC Day parades, and he always replies by saying that he likes to remember his mates in his own special way.

This morning, I also had my own personal ritual of remembrance, a 90 minute build run.

The suit was thus exchanged for the running attire. My Dad was also a 2:22 marathon runner; so attracted by my task, he followed behind on his bike. 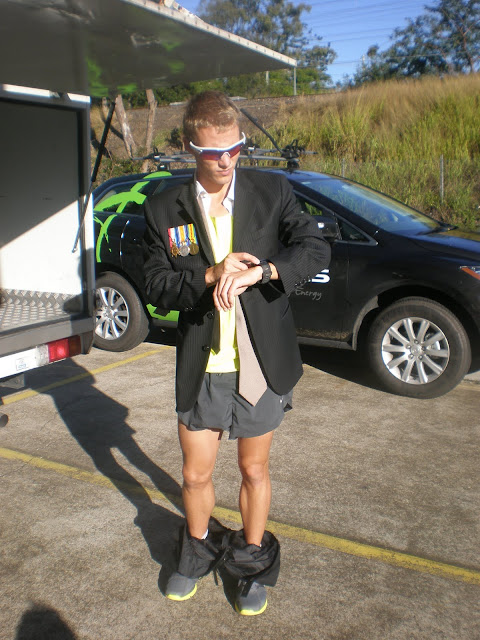 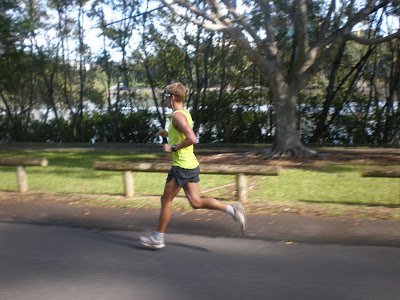 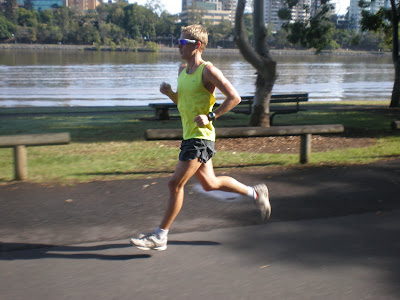 For those out of town, the larger map is of greater Brisneyland, and the smaller map is of the specific run route (21.21km). Thanks to Garmin for the handheld GPS. Actually, thanks Dad for buying it :) 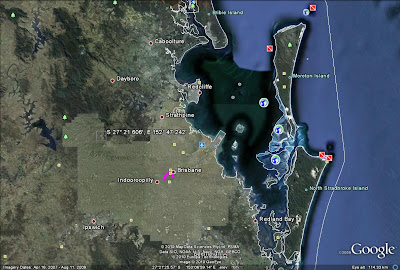 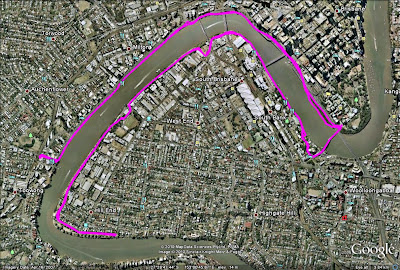 What a great morning.

One day there will come a time for me to serve my country in arenas outside the sports field.

Ok, this was going to be just one video, but what the hell, let's have a whole detox of Strapping Young Lad!

Posted by Josh Amberger at 12:41 PM No comments:

My friend over at dictionary.reference.com tells me that a ritual is 'any practice or pattern of behavior regularly performed in a set manner'. We all have our little rituals, some perhaps more personal than others. My other friend Dexter probably has the brutalist ritual of them all. However the ritual I am going to share with you today is a little more sedate. It's my breakfast ritual that I spoke about in one of my first posts. Don't ever try and make me breakfast because you will get it wrong most of the time. My OCD tends to have an aggresive side when this happens :) 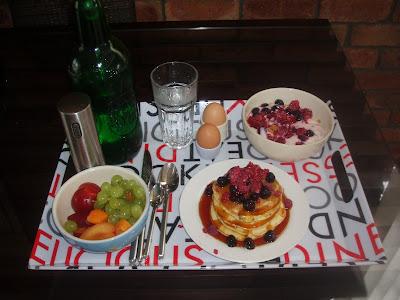 At these coordinates you will find a little piece of my world. 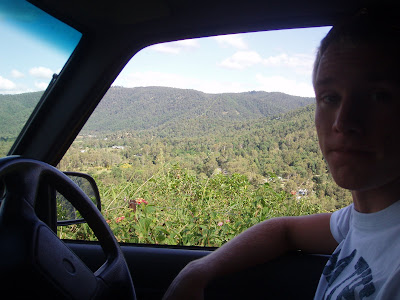 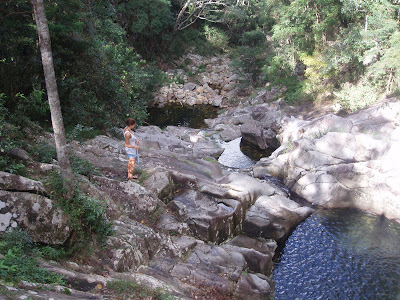 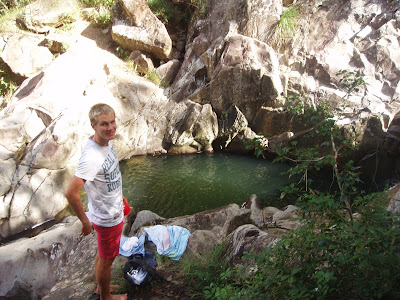 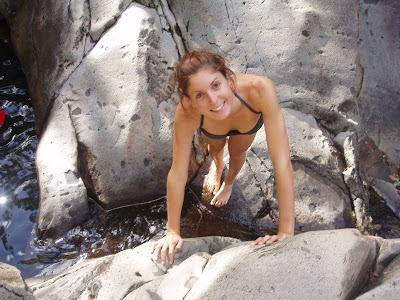 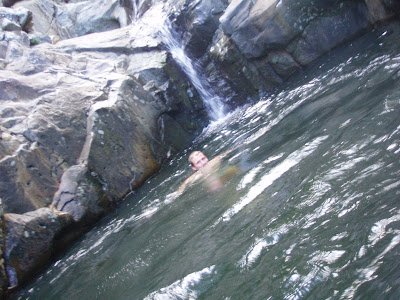 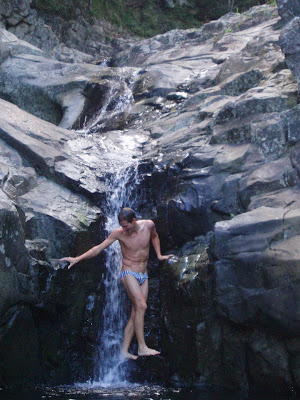 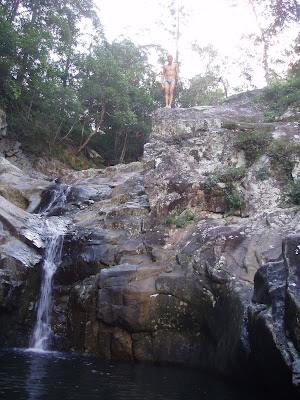 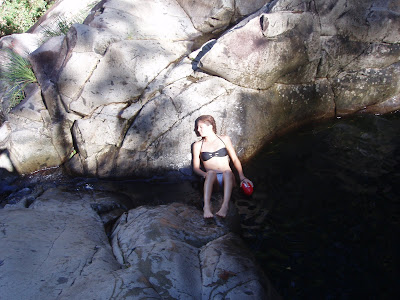 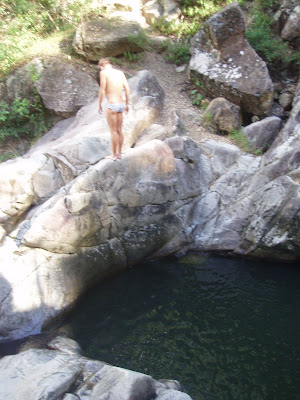 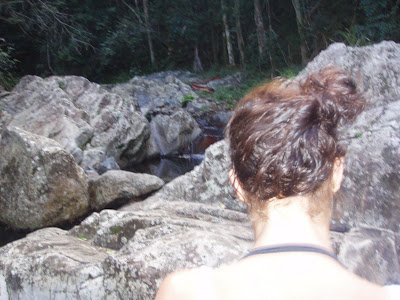 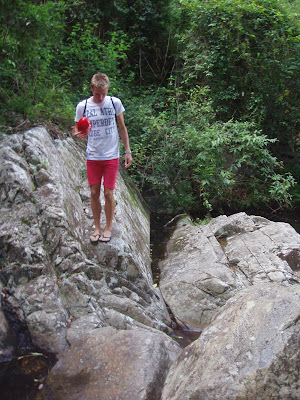 Posted by Josh Amberger at 11:37 AM No comments:

I spent most of the day today in my sanctuary (my room to others). At some point during the day, I put the needle to the record of my favorite LP and listened to a song. WOW COOL BURGERMAN is what you're all thinking, but I'm having more formidable manifestations. This song is a brooding 15 minute track of intense dark and sinister atmospheres. A track that crafts its way through hypnotic soundscapes forcing the listener to negotiate pernicious realms of infinite despondency and damnation. Word wanks aside, the track finishes with a hypnotic plodding of rhythms, and a voice bellowing from the deep south:

Ok so I listen to some pretty unconventional music, but it occurred to me that this week I have been all of these. Yes I have even been to some extent bereft of my urine. So here's an explanation.

Firstly this blog has been bereft of updates. Turns out my computer has a virus more sinister than the song I was listening to and I couldn't update my gallery. The next narrative reflects the opening round of the World Champs series in Sydney over the weekend, and following events.

I arrived in Sydney to a 5 star hotel a week ago last Friday. I remembered when I was in Sydney about 6 years ago as a juvenile spending almost all my money in this record shop called Utopia. So instead of enjoying the 5 star luxury I was entitled to, I caught a bus which I hoped would eventually take to me back to this wonderful abode. Too bad the obsolete compact disc format is still the preference of Sydney residents. How behind the times can you really be? Not many LP's to be found.

Nevertheless, 5 star hotels in my mind really only equates to a few extra TV channels. I don't watch TV, so I spent most of the time outside enjoying the sights of such a beautiful city with partner in crime Strong, Josh McHugh if you prefer calling him by his alter-ego. 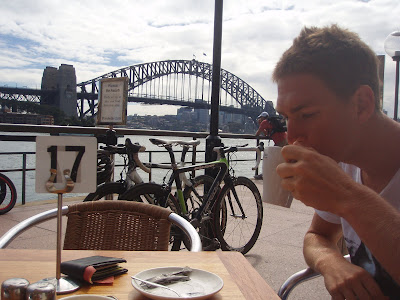 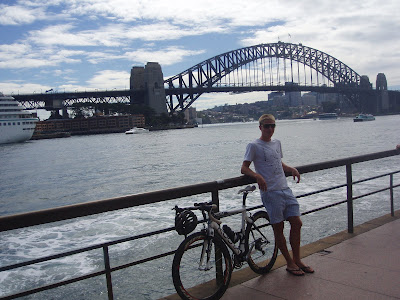 We had an early start on race day at 7AM. The race, while being probably the most awe inspiring race in the history of triathlon, didn't go as planned for me. So what do you know, bereft of a result was young burgs. Turns out in my potters around town during the previous two days I had picked up a virus which surprisingly left me bereft of energy.

This is where it all gets fun! After the race, I had a nice surprise from my girlfriend Asha who came up and kissed me. I had no idea she was coming to watch the race in Sydney, I kind of actually thought for a second I had my first female groupie. I was also befallen by an old friend I call Goof who lives in Sydney. I grew up with Goof, he helped me find my wings in high school. Anyway we went as a trio to a chilled bar on the water and had a few beers. After we parted ways, a sickness began to rip through me, and Ash had to pack all my bags back at the hotel. After check out, I sat there immortalised as stone in the fetal position, I could not move I felt that bad.

Vomit/poo session 1 soon left me bereft of breakfast. Vomit/poo session 2 left me bereft of my underpants. Vomit/poo session 3/4/5 left me bereft of internal organs. This was all while I was waiting for the plane back home. When it came time to board, they wouldn't let me on because one of the coaches told the staff I was sick. Turns out our plane was delayed by 2 hours anyway. I eventually made it out alive, staggering to the car without my bags like a drunken sailor. I got home, got into bed, and after a restless night's sleep I woke to my 21st birthday. Overnight I had lost 4kgs. Weight loss is something anyone would normally embrace, but in these circumstances it's not so desirable when the weight lost accounts only for your vital organs. I was now bereft of a 21st birthday as I lay in bed all day in solitude, only getting out of bed to see if I had any birthday cards in the mail. My bottle of 21 one year old port that Dad bought the day I was born is still as virginal as it always has been, and my Dad, always with something wise to say offered me a consolation. He told me of his 21st birthday, the day he had his tonsils out. I should ask what other fun traditions he has in store for me.

I didn't eat anything for the next 2 days, and when I regained health, I had to look after my family who inevitably met the same fate as me. And if your wondering where the 'bereft of my piss' lyric fits, its because  my fluids were discharged elsewhere. Peachy!

Nevertheless, life is still looking up. Last night I got to catch this crazy character live at the Tivoli!

Lazy Sunday afternoon on the water in Breakfast Creek/Brisbane River. I'll throw a cast net or lure in whenever I have a chance! I'm still waiting for those infamous Bull Sharks to surface next to me though. I always read about how they come up and knock kayaks in the Bisbane river, and follow paddlers right to the boat ramps. It's a scary thought though, but it could be a little bit of fun! I'll have to wait and see. Posted by Josh Amberger at 9:09 PM No comments:

The closing words of my last post are now in question.

I started my day today with a 90 minute trail run, then a swim at 10Am. When I arrived at the pool, Shaun my coach asked if I had brought my running shoes along with me, implying we were doing another run. Puzzled, I asked why. He said he got word today that Sydney has been changed to a Duathlon, because the ETU had complained of the threat of Shark Attacks in the harbor.

Let's just hope they find a way to remove all the sharks by the end of April 1st :)
Posted by Josh Amberger at 2:52 PM 3 comments: