Please excuse the bad quality, had some issues with some old firmware on my camera & had to make a file conversion so I lost some quality.

It's been 12 days since the 70.3 in St. Croix. Predictably, the elapsed time between then and the tardy publication of this blog simply means that things didn't go my way. So without dwelling on any negatives I'll fire up the narrative.

The Course in St. Croix is amazing.

A crystal clear harbor swim to start the day 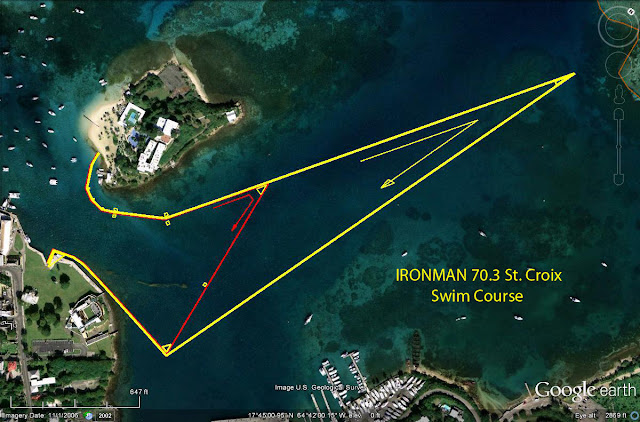 RELENTLESS 90km cycle. Kind of multi-loop, but not entirely (which I didn't finish)

And a challenging gravel, grass & asphalt mixed run (which I never started) 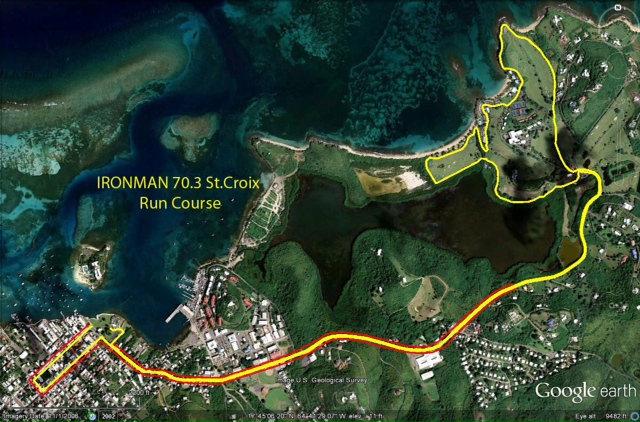 Typically, the roads in St. Croix are good. 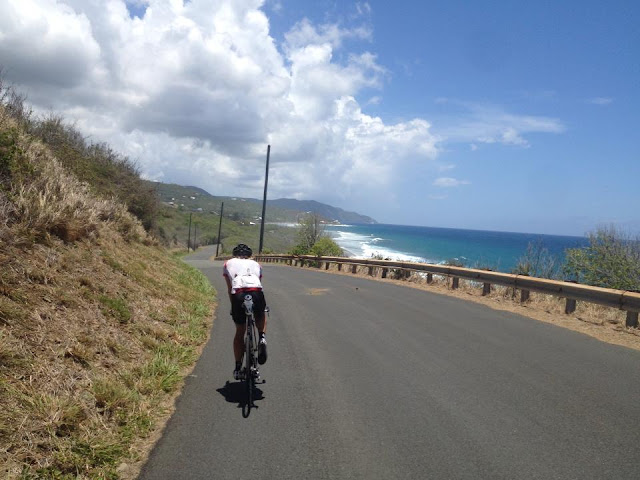 I'm sure a large percentage of the Island's small GDP is spent on laying hot mix, largely with the triathlon in mind. The triathlon is big tourism for the island, so I would imagine having goods roads is important to them.

Unfortunately though, when I say 'typically', it does not mean entirely. And the conditions of the 'other' roads looks like this 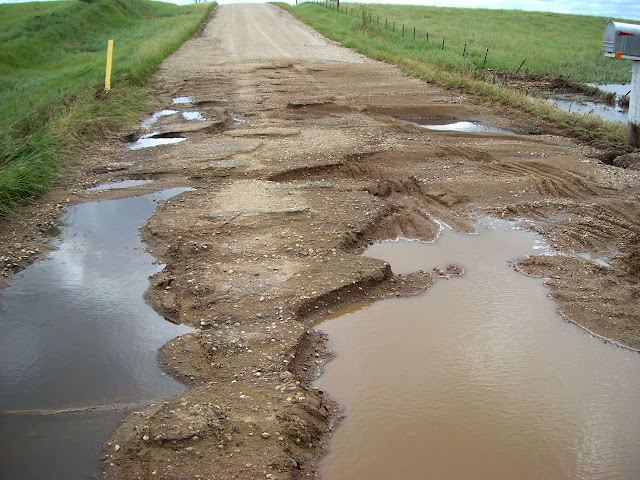 About three days before the race, the road sweepers looped the course and made a good job of clearing debris, restoring the portions of road above to an acceptable racing surface. Though as Murphy's Law suggests, everything that can go wrong will, and the island had heavy rains & storms the night before the event. 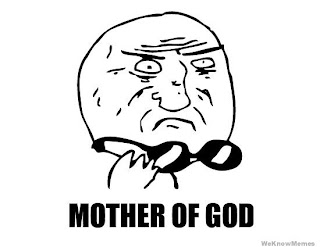 We were now doing a partial cyclocross race, on TT bikes.

70.3's for me are still a fun event, something I don't take all too serious. I'm still leaning how to race them, and I've still only done three 70.3's so far. Consequently, I don't put too much pressure on myself when I race them, and I tend to be overly relaxed before the start. Even with the roads in such bad shape I was still calm. I guess everyone had to race over the same course so it was fair game.

The swim was pretty uneventful. I didn't get the greatest start and wasn't really that motivated the use too much gas early on in the race. The bike was the deal maker (or breaker in my case). I swam comfortably & was happy to let most of the main players sit on my feet. I led out and just tried to keep my heartrate as low as possible through transition. (this is the only race picture I have) 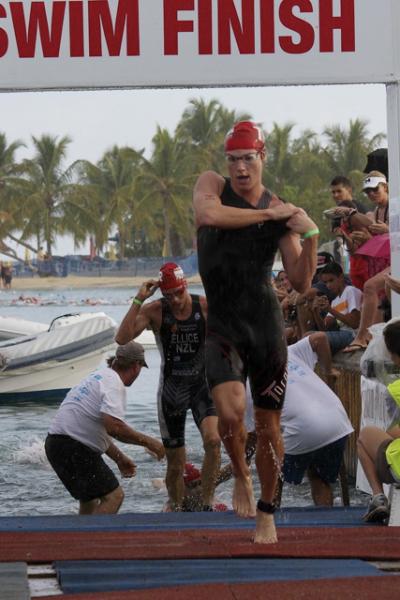 Once on the bike, Ben Collins took the lead immediately, and I knew it was my ticket to stay with him as long as possible. He was jamming hard, and every five minutes or so I would look behind to see fewer athletes holding on, and by 20minutes into the race it was just him and I.

They say the race doesn't start in St. Croix until you hit 'The Beast'. The Beast is a significant climb, .9miles in length with an average gradient of 15%. It even hits 26% for some meters. Ben & I got to The Beast in 47minutes, having already gained 1,300ft in elevation with an average power of 293w. We climbed The Beast side by side,  matching breath for pedal stroke. It was one of the most surreal feelings I've ever had in racing. Out of the saddle the whole time, looking around the corners, longing for the top; every second of the climb was garnished in pain. A few words of consternation were sworn by Ben, I think because he actually hadn't seen the climb before he started the race. This made me feel relaxed and composed, like I was in control. I knew if I stayed with Ben for the climb, I could stay with him the whole race. We ascended The Beast in exactly 6minutes, with 500ft of gain and an average power of 363w. That's a 5.65w/kg effort in the middle of a 70.3.

We started descending The Beast, and this is where my effort stopped with a flat tyre. I felt all like 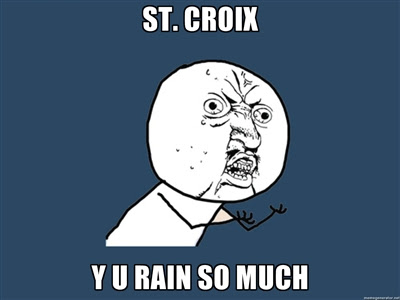 ...but had plenty of time to compose my thoughts as I waited 10minutes for some spares to arrive. The spares truck didn't have any tyre levers, so there went another 5minutes to change & pump up the tyre. After I stopped with the flat, it was a good 5minutes until the next competitors rode past. It was at this point I realised that two main players in Dirk Bockel & Tim O'Donnell had also dropped out from flats.

So I got back on my Felt, struggling somewhat for motivation to get myself back in the race. I was always going to finish, but just with a little less effort than I would have given racing for the win up the road with Ben Collins. Ben went on to ride a 2.14 90km. This was two minutes faster than what Lance Armstrong rode the course in last year. An absolute phenomenal effort, one which obviously cost him the race. He passed out later on in the run, making it Deja Vu for the second time this year (see San Juan 70.3). He wrote on his blog that he rode conservatively; maybe a little meat missing between the ears there Ben.

Anyhow, about 10minutes after flat change, I started catching athletes until my gear lever failed and I was stuck in the 11 on the back, which was dire on this course to say the least. It was at this point I was all like 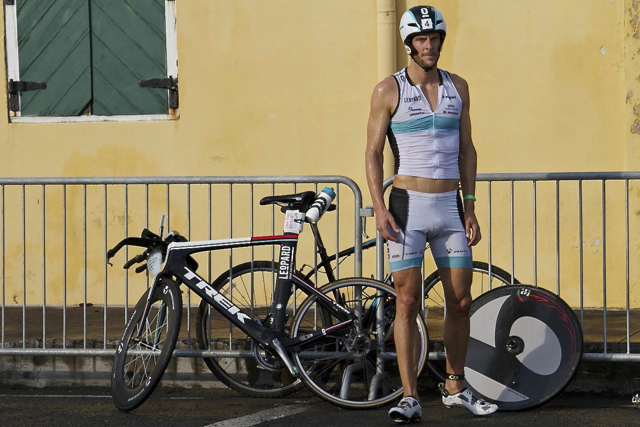 ...and decided to retire from the race. Without coincidence, this is a picture of Dirk after his flat earlier on.

So this narrative still leaves me without a result for the first half of 2013. Expect to see me start in Boise 70.3 in three weeks time looking to make amends. 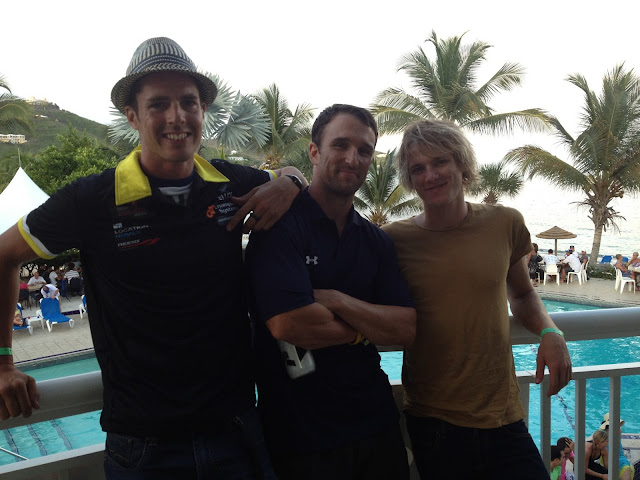 10 weeks after my stress fracture & 28 days after my first run, I threw myself into one of the most competitive non-drafts of the season, the St. Anthony's 5150. I'd by lying if I didn't say I wasn't disappointed with my dismal 21st place, but I'm happy that I've now got an honest measure of my race fitness, and it gives me confidence that I can build my results into the season. Full results are here (skip across to the 'professional' tab).

I was 4th in the race last year, so I was hoping for an equal or better performance. Considering the training I've done & fitness I've experienced this year, I thought this result was possible. But when I put some context in place, it brings me down to earth a little. There was no way I was ever going to be able to run close to some of the best names in the sport from ITU only four weeks past a fracture & on my first outing of a season. The other point of context is that I literally didn't sleep for the five days leading into the race, the Australia-East Coast USA travel really bought out in the inner insomniac. So, moving along to the race...

(this is my first race report of the year & it's pretty boring, give me a few goes to ease into some more entertaining prose)

Winds kicked up a nice swell in the Tampa Bay which made the swim conditions pretty tough. There was $1,000 up as a swim preme, and I knew the conditions would play into my hands to get the much needed bonus. The start was the standard affair of creeping forward before the gun, but I managed to get in front pretty quickly even though I wasn't one of the dicks sculling forward (there really need to be some sort of control over this). I think I was only touched once on the feet before I managed to swim off the front so I was really happy with this. A trouble free swim is always a good way to start the race!

I exited the water with a gap & took the prime. I got to my bike quickly and was really excited to see what kind of bike shape I was in. I felt fantastic at the start of the bike and led the race for a good 10min before Cam Dye (the Spartacus of trithletes) rode up next to me. With the stagger rule the way it is in the States, I had to ride side by side with him if I wanted a chance to ride with him the whole way; there's no 10m rules to freshen the legs here. He hurt me pretty quickly, and I was shelved after a few minutes. After this everything slowed down and I was caught by the chase pack after about 25minutes. I sat up the front of the chase pack with some heavy legs until T2. There was a good 50-80 watt difference in effort between the start of the ride and the time I hit transition.

As expected the run was a bit of a struggle, with my split sitting just under 36minutes. I felt as limp as a wet flannel the first few KM's on the run, but I was happy to finish stronger than what I started. I could have started the run with fresher legs had I sat further back in the stagger pack on the bike, but there was little point to this in the first race back when I was looking as much for fitness than a good result. I'm assuming this race has probably given me more fitness than other single session this year. Playing this fitness card is also what has bought me to St. Croix for the 70.3 this weekend.

St. Croix is down in the Caribbean, and is one of the oldest races on the circuit. It thoughtfully doubles as perhaps the hardest race on the circuit as well! This island is literally a steaming hot wok of pain. It's hot, humid, windy and mountainous. On a course like this, it's almost like you race yourself to the finish, not your competition. So if the 10km off the bike on the weekend was hard, of course a 21.1km run is going to hurt. But while I'm here to win, I'm here to really consolidate some race fitness and actually feel like my training has had some purpose. So I'm going to leave it at that, and hopefully check back with some good news after the race.

Here's some shots of the island!

The view from the homestay 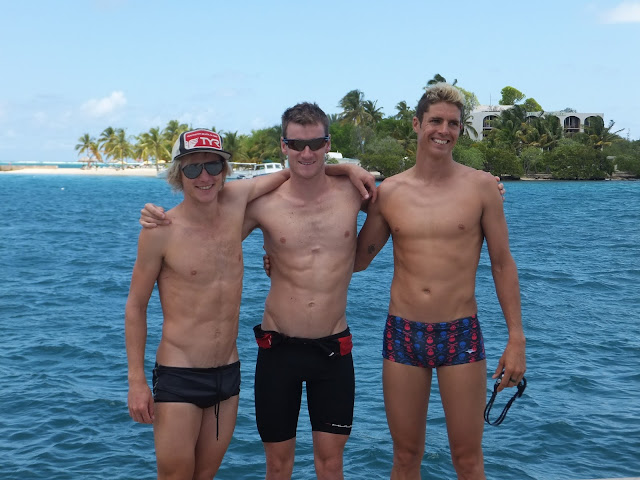 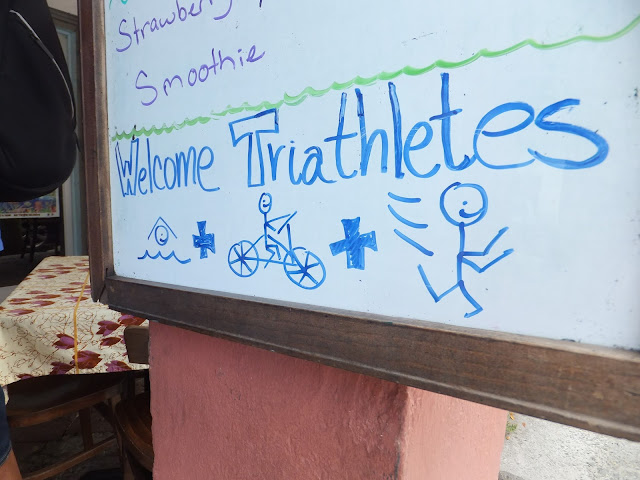 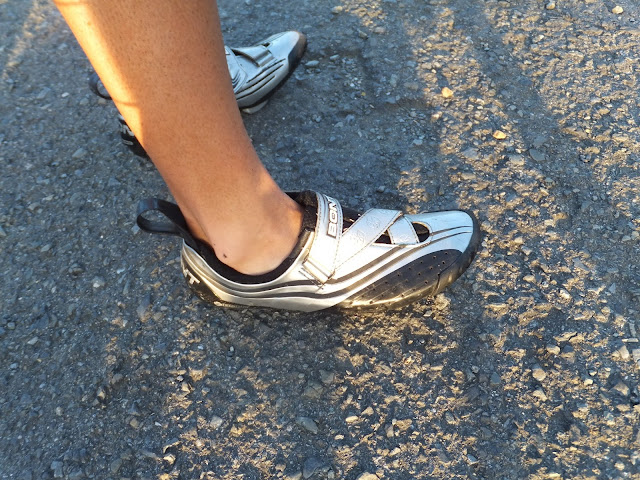 Unfortunately, this is the local style

Local swim pool
Posted by Unknown at 5:14 AM 2 comments: