I've had two interviews this week, see both at...


I'm now located in Zürich for the next two weeks until I leave for Berlin. This is the view from the rooftop balcony at my homestay!

Posted by Josh Amberger at 4:43 PM No comments:

So I left my home in Brisbane Australia last week to chase the Northern hemisphere Summer & to live and be inspired by the professional triathlon dream. I'll be away from home until late September in a bid to chase some titles & make some fans. First race up on the cards was Klagenfurt 5150 & I finished a close second place to Swiss Olympian Reudi Wild.

My racing at the moment is all about collecting points for the 5150 ritual in Des Moines on September 2. My second place in Klagenfurt on Sunday almost ensures I'll be on the startline, and with one more 5150 in Berlin to go, things are looking good. You can check up on the points table here http://ironmanpromembership.com/hy-vee-5150-qualifying/5150pr/


I raced Klagenfurt last year so I knew exactly what to expect from the course. The swim is a point-to-point affair, with a deep water start in Lake Worthersee & navigation into a small canal for 900m until swim exit. It's a pretty unique swim course and makes for a lot of fun, but it's also a great advantage for the slower swimmers who gain a lot of drag from the leaders, in addition to the natural downwards current.  Here's a shot from the canal. 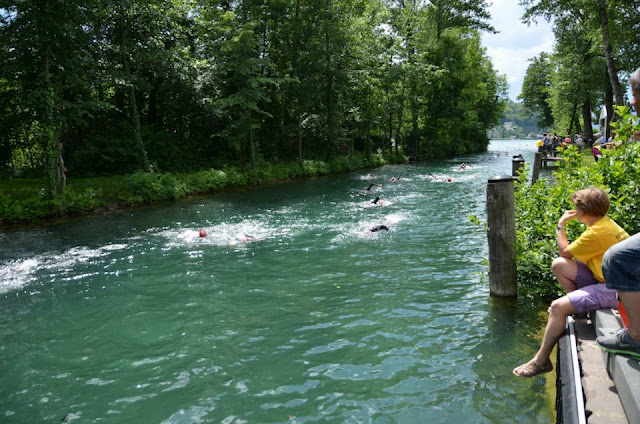 I knew from last year that the swim needed to be broken up before it transitioned into the canal. The drafting rules in Europe make it easier for the weaker riders to hold on, so the field needed to be strung out as much as possible in the swim to enable me to go straight off the front of the race. ﻿I led the affair until about 800meters when my Aussie friend Jimmy Seear came past me and really slammed on the pace. I had to dig a little more than I planned to stay with him, but it was worth it because we entered T1 together up on the field, and in our own world off the front of the bike.

The ride is Klagenfurt is equally as inspiring as the swim. It's two laps with a 6km steady climb each lap, equating 323meters (1,060ft) elevation gain throughout the 40km ride. This course means business and I dealt with it accordingly! I rode past Jimmy early into the ride and put some pace down. I managed to shake him off my wheel at about 10km while on the descent. From here I just had to maintain my lead!

I came into T2 with I think 90seconds on the rest of the field (which had bunched up & was enjoying the relaxed drafting rules), and my 40km (T1 racks to 40km) just before the mount line read 55:40. I'm really happy with this considering the 323meters of elevation gain, & it's nice to ride well by myself off the front wildboy style. It's maybe the smoothest I've felt on the bike thus far, and I feel that I was helped along by my new bike setup. Here's my file 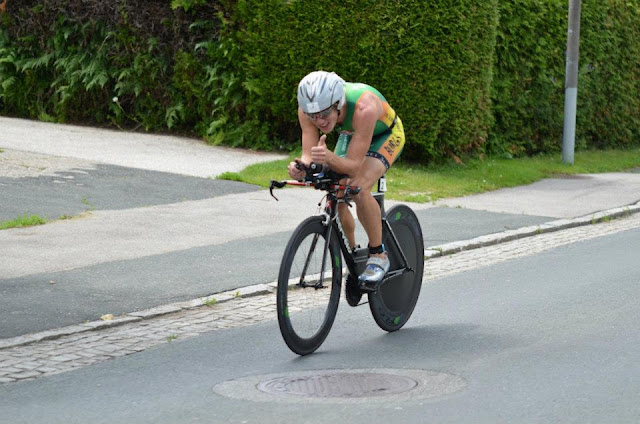 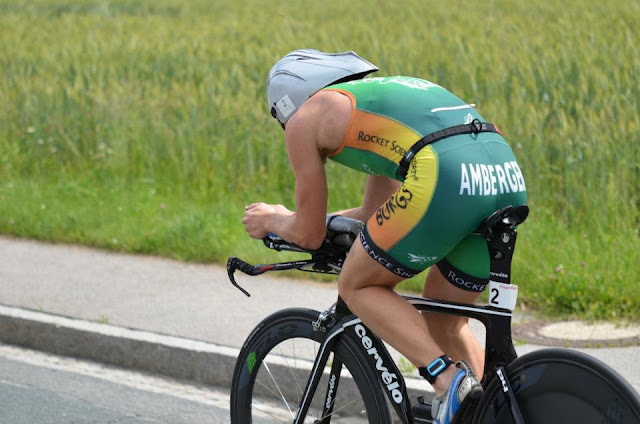 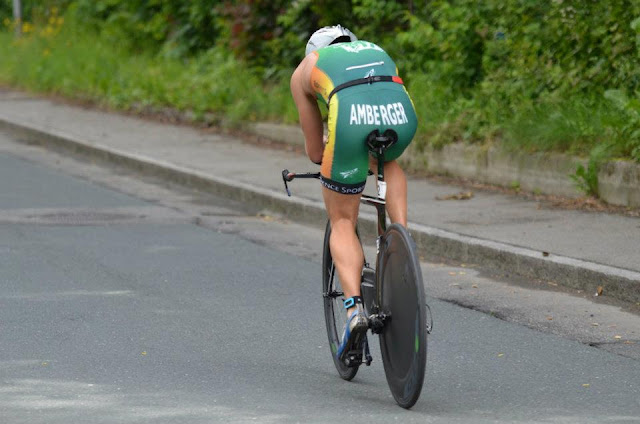 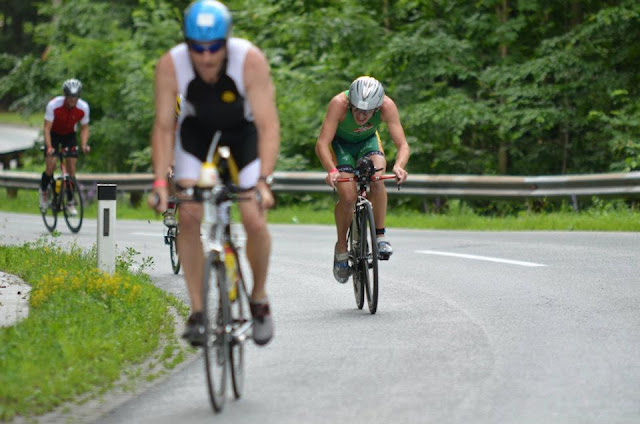 Even with a good gap from the bike, I knew I would need to run well to avoid being caught before the line. This was made hard by excruciating bowel pain (& some honest slippage, sorry for the details), and it was hard to think about anything else but stopping for some quality time on the john. But I was still making some good foot work and managed to hold on until 7km where Reudi caught me. By this time though, the deal was done & I was secure for second place. 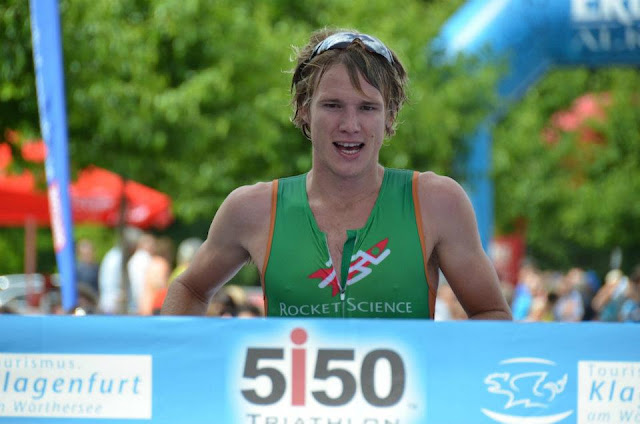 It's disappointing to miss the win after dominating the race, but I'm happy with second considering my unfortunate circumstance. I'm now staying in Zurich for the next couple of weeks before I move onto Berlin for the next one on July 1.

Klagenfurtcheers!
Posted by Josh Amberger at 12:58 AM 8 comments:

I've landed in Klagenfurt in Southern Austria and I'm really really digging the place. I raced and stayed here last year, but it's certainly a pleasure to be back because this place is stunning. I've been thrown some accommodations (race hospitatlity A+) at a magical sports resort called the Wahaha Paradise and I'm staying here with the French powerhouse Billiard Bertand. But before I spill the anticipated panoramic & training images, I've got some inventory to spruik. 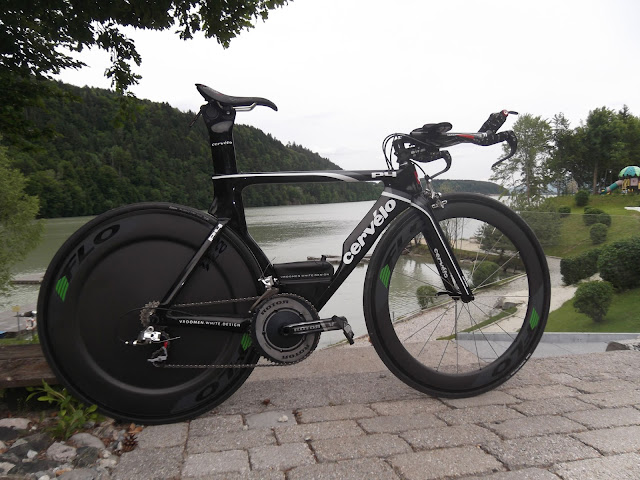 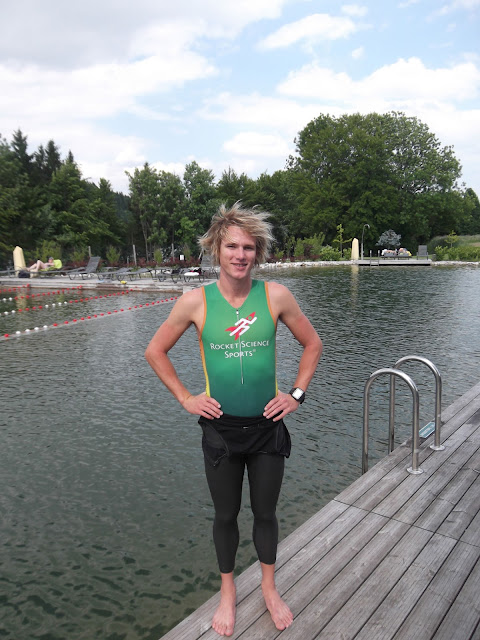 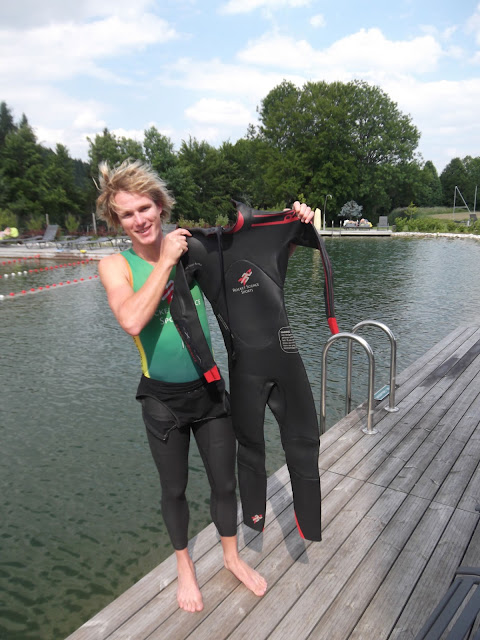 And here's the madd dogg Garmin 910xt with swim metrics so I don't have to expend energy on mundane tasks like counting laps. 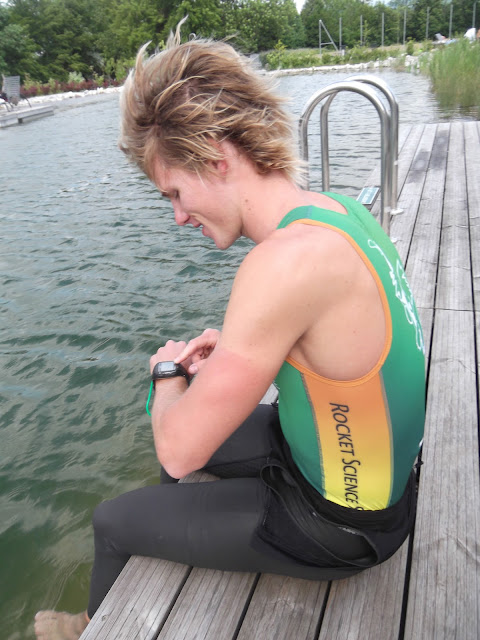 Dining area at our resort

Face off with big Billy 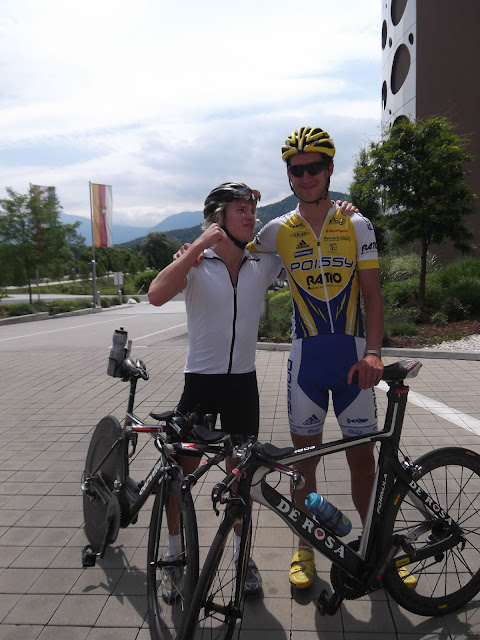 Course reconn with some amateurs 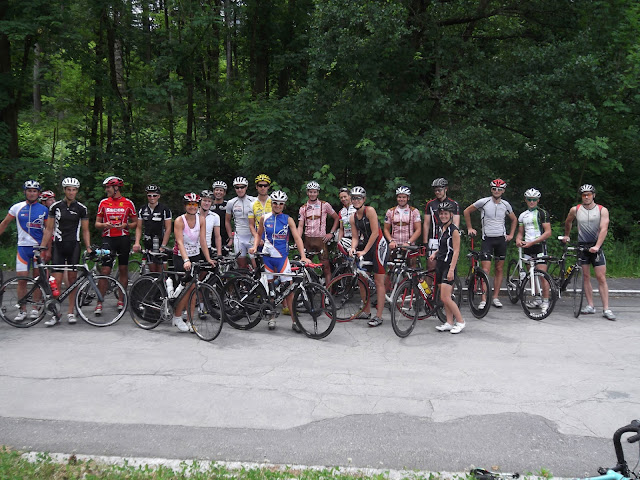 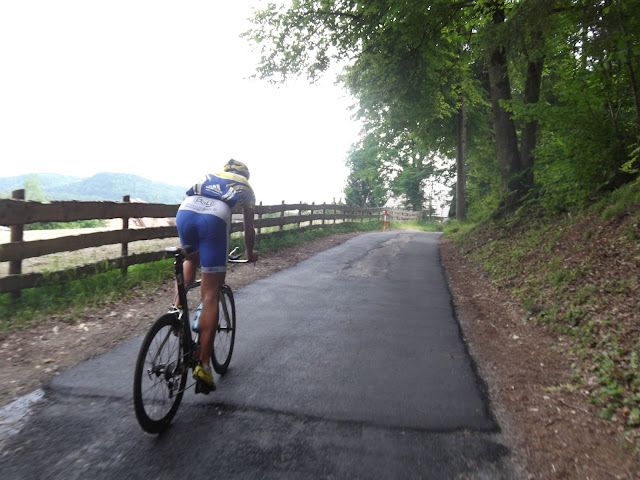 Inexpensive & clever pool/pond at the resort

Posted by Josh Amberger at 5:14 PM No comments: