This stuff is AWESOME! 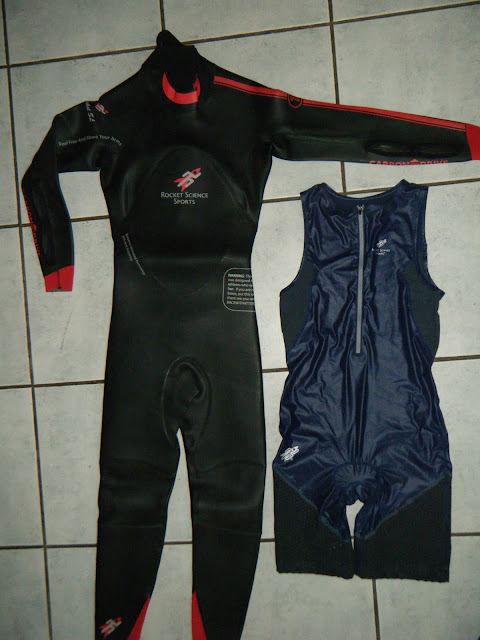 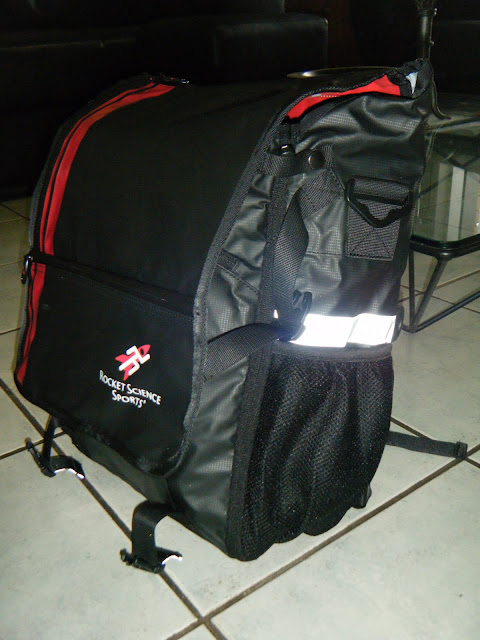 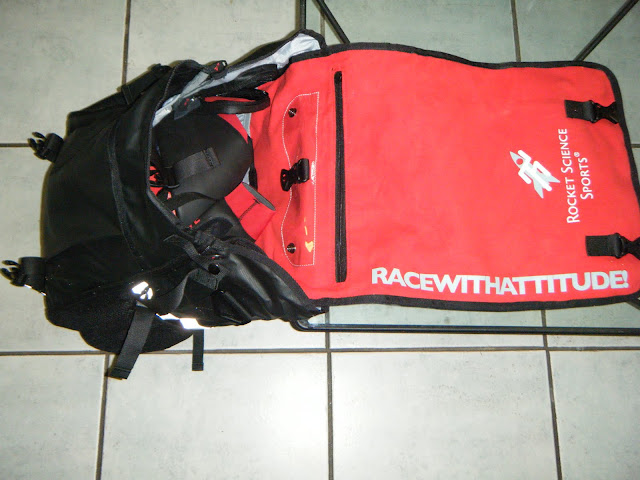 The racesuit is all-class, the wetsuit is outlandish and the bag is just really really cool.

This weekend's race will not be a wetsuit swim, but I'll be repping the new race suit. This is just about to be released, and it's the most comfortable suit to date. Im sure it will be just as fast too!

What do you have to lose, when there is so much to gain.

Don't be scared, take this for what it's worth.

In the lead up to St. Anthony's, my aural senses are being pleased momentarily by the new As Blood Runs Black album. This is not my typical kind of music, I like more obscure, bleak and atmospheric soundscapes. But my liking of this is partly nostalgic, but also partly because it's pure awesome. When I listen to this, I feel as if I'm scared of nothing! A surprise for most will be the lyrical themes, a cast aside from the sterotypical (and fundamentally incorrect) comments/beliefs of lyrical perversity/negativity.

As I rise to my feet I realize
I should be standing up by myself
Why haven't you? What do you have to lose?
When there is so much to gain

Posted by Josh Amberger at 7:44 PM No comments: 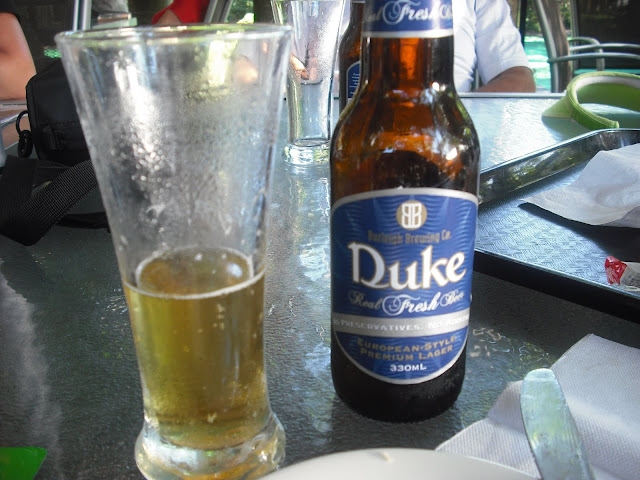 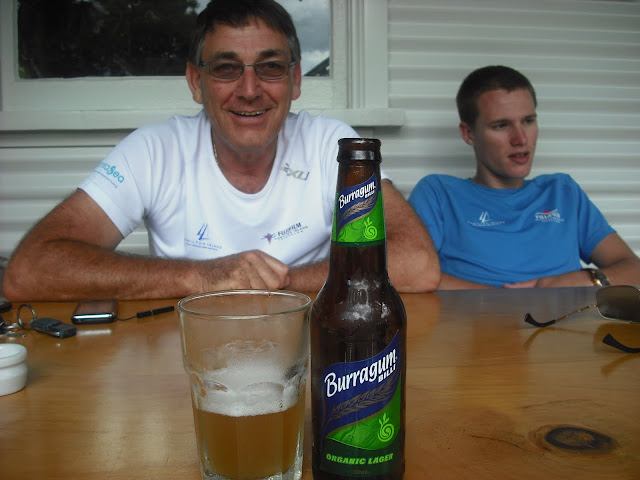 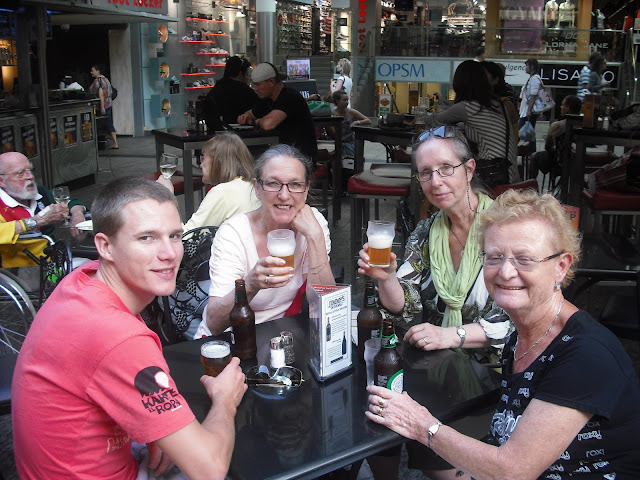 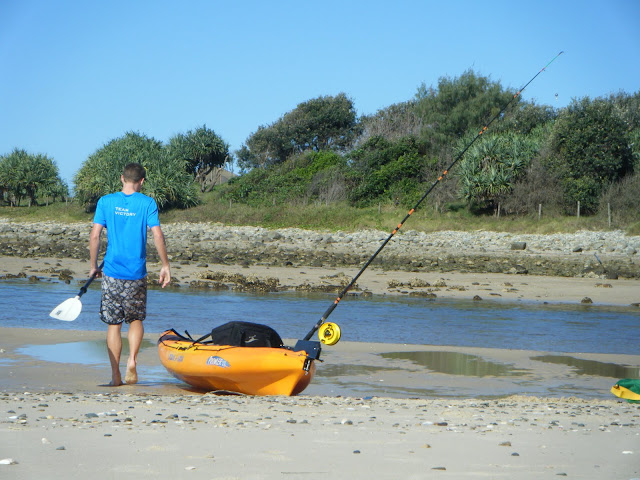 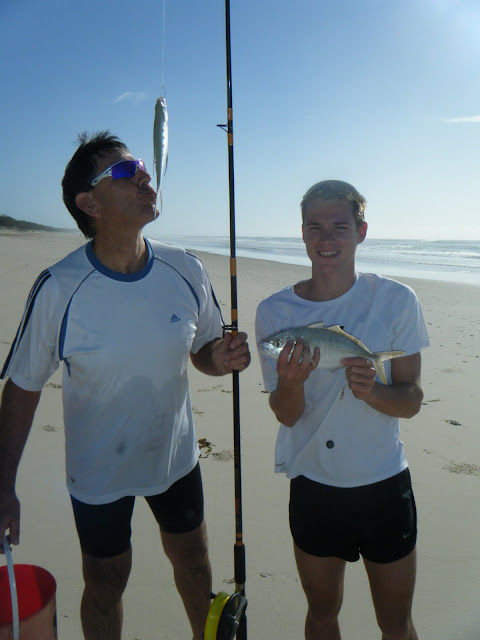 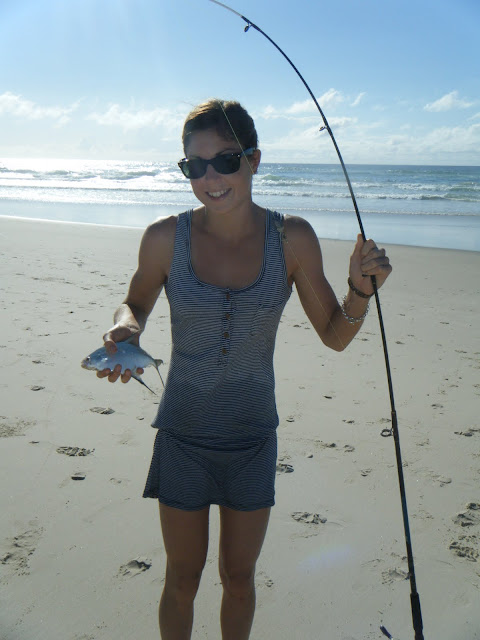 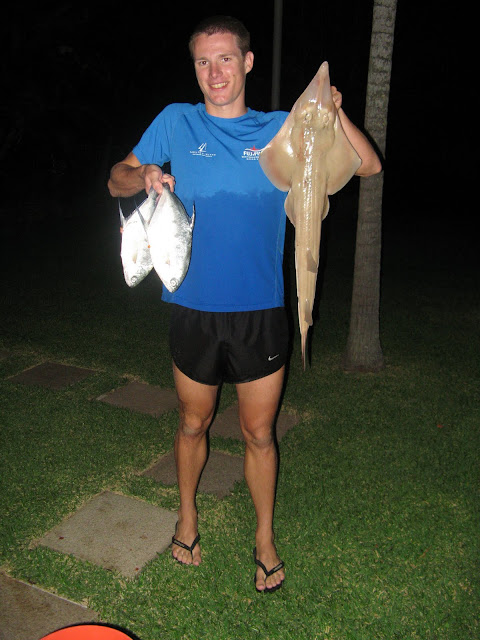 Beers and fishing...that's a cool holiday! I've been offline the last 8 days, and have been down south with some Euro and Kiwi family. Yes the bike came with me, and yes I lopped all my hair.

My debut race for 2011 will be next weekend (May 1st) at St. Anthony's 5150 in the States. It will be my first race in 6 months, and I'm very very excited to see what I have I can lay down despite all the recent injury woes. Let's go!
Posted by Josh Amberger at 10:55 PM 1 comment:

A Sad State of Affairs


The world's best triathletes imposed themselves on Sydney yesterday for all the wrong reasons after mass road closures turned the city into a gridlocked nightmare.
The day began with super fit athletes chasing each other around the Opera House, Harbour Bridge and harbour, and ended with thousands of frustrated motorists cursing the fallout from their efforts.
The Roads and Traffic Authority conceded it did not anticipate the extent of the traffic chaos to hit the city.
The bridge was turned over to the event between 4am and 11am. But the heaviest delays, leaving commuters fuming in cars and buses throughout the city, were just after the bridge reopened, when motorists moved into the city and found a clutch of other roads closed.
A spokesman for the RTA's traffic management centre, Phil Akers, said the delays were worse than expected.
''For a weekend this was very heavy today,'' he said
The afternoon NRL fixture between the St George Dragons and the Canterbury Bulldogs at the SCG further added to the congestion. And on the central coast traffic banked up along the F3 after a caravan accident blocked two lanes.
As for the event itself, it was a disappointing day out for the Australian contingent. Paula Findlay of Canada won the female race, and the two favoured Australian athletes, Emma Moffatt and Emma Snowsill finished 13th and 42nd, respectively.
Javier Gomez of Spain overcame a bike crash to win the male race, and Brendan Sexton of Australia finished fourth.
The traffic centre said travelling by car from the CBD to Manly took two hours yesterday afternoon, against a typical journey of 40 minutes.
------------
Today's letters to the editor continue somewhat along these lines (click to enlarge).

Here's some samples...
THE BAD
"Who were the idiots who approved the Sydney Triathlon and managed to shut down the city for the day?...It certainly made a mess for the 31,000 people going to...the football"
"Surely it's time we removed those pesky, smelly triathletes from our harbour, bridge and opera hous where they cause so much offence to Sydneysiders...they can move to Olympic Park, where they can swim, cycle and run until theirs hearts content and not disrupt the traffic or scare the kiddies"
"A road is a road is a road (what the hell?- Josh). It is defined in the dictionary as a public way for travelling. It is not defined as a venue for sporting events" (V8 supercars anyone?- Josh)
THE GOOD
"Can I congratulated Events NSW for bringing the triathlon to Sydney. The incovenience caused was minor compared to the benefits such a spectacular event"
"Sydney hosts the world's top triathletes who compete on what must be one of the most stunning courses in the world, and what is the angle from Sydney's only quality newspaper? A whinge anout the poor old motorists who are stuck in traffic...how disappointing."
--------------------
People overseas, don't travel to Australia if you're hoping to do a triathlon, because you just might get strung up by 31,000 ignorant footy fans banked up in traffic, and have a picture of your lifeless cadaver taken for the front page of The Sydney Morning Herald. How very very disappointed I am to call myself Australian after reading this. Sometimes I actually call myself a Kiwi when I travel overseas, and I might just have to do it more often.
Get some banter going!
Posted by Josh Amberger at 8:32 PM 1 comment:

Vidal, what were you thinking?

Posted by Josh Amberger at 2:59 PM No comments:

That Feeling You Get When...

You self diagnose, treat and begin to overcome your injury after months of being misled. 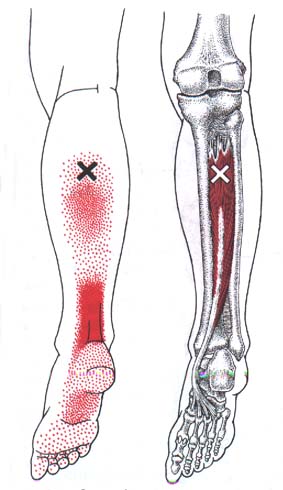 Here's some pictures I took on a solo ride pre-injury in early December last year. This is an amazing sport we do, to be able to use places like these as our play grounds.

A photo journal of my ascent up and into the clouds... 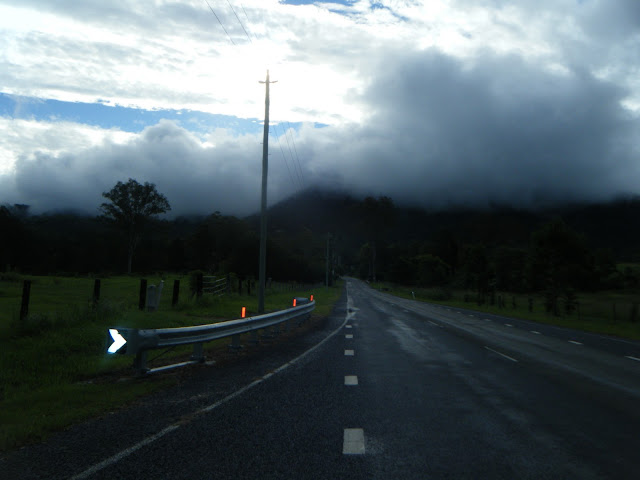 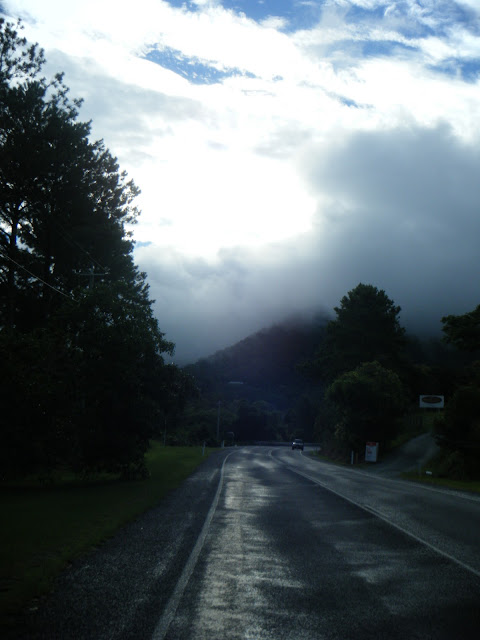 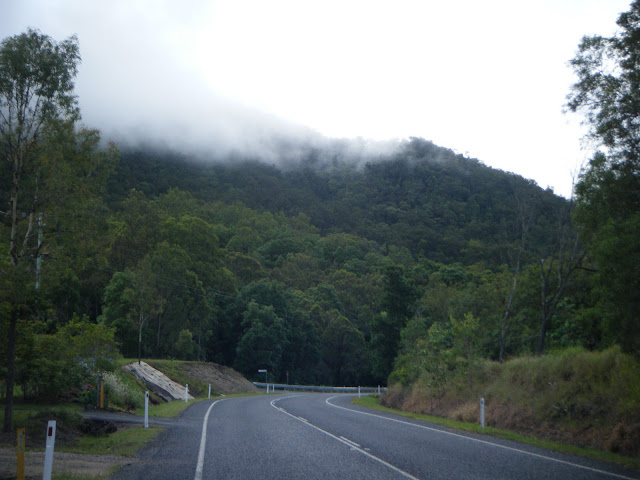 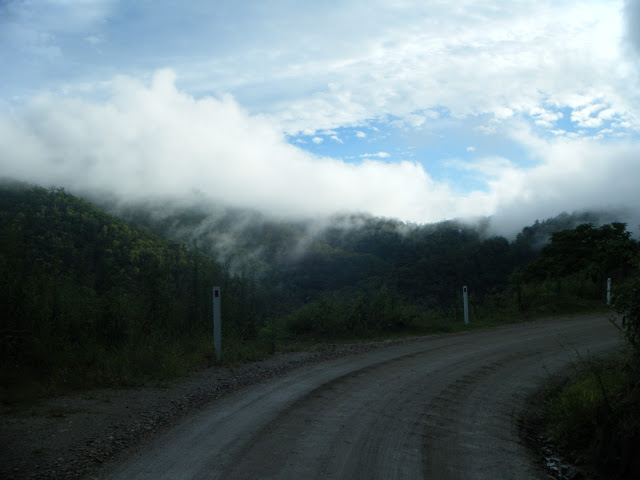 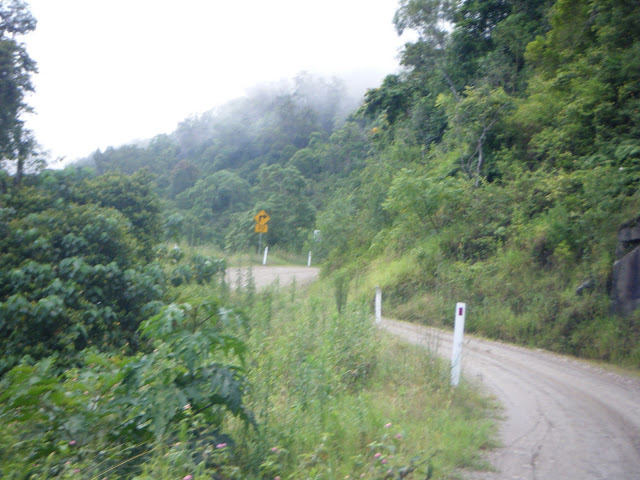 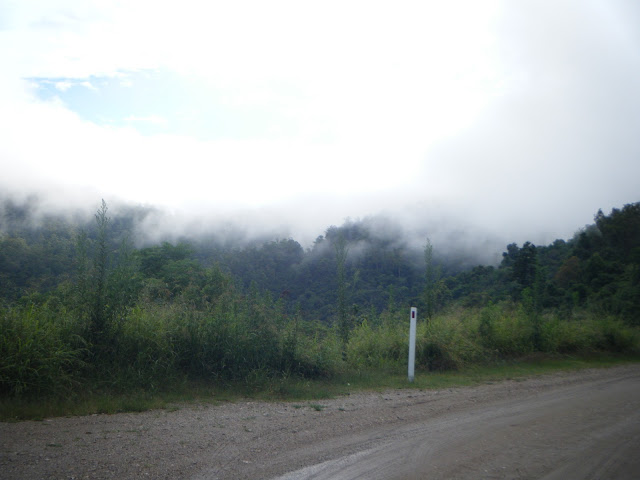 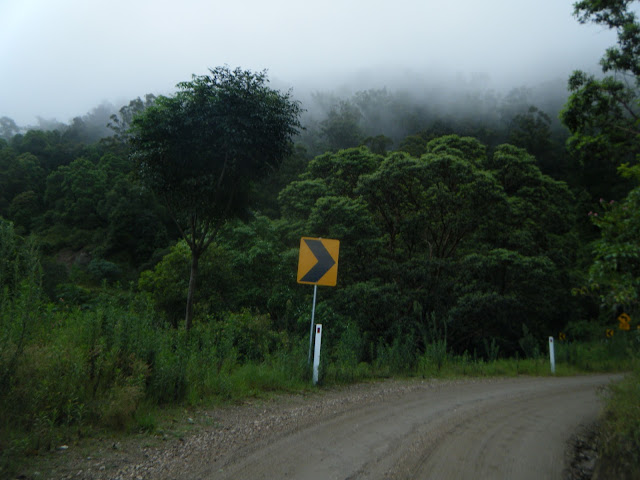 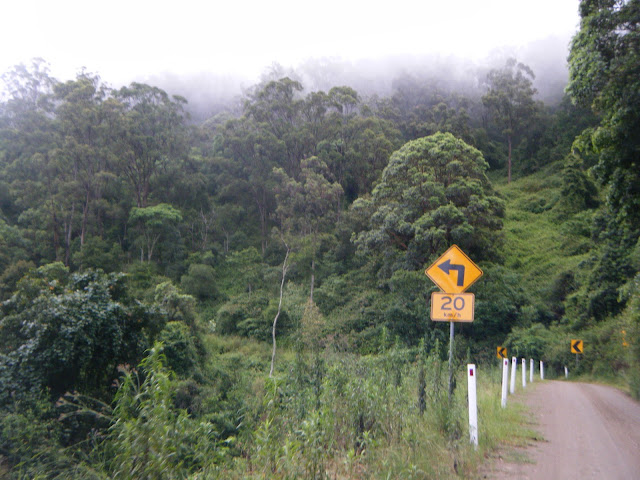 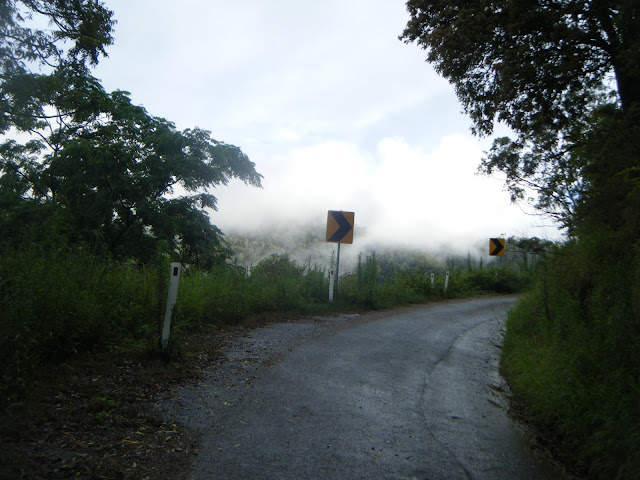 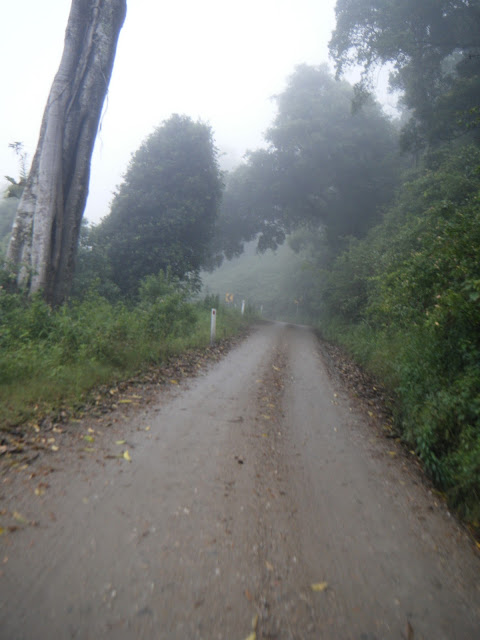 If you have you're own romantic journey to share, send in your pictures (contact on the right) and I will post them up.
Posted by Josh Amberger at 1:43 PM No comments:

Sorry about picture quality. Coffee and ride quality however was outstanding. 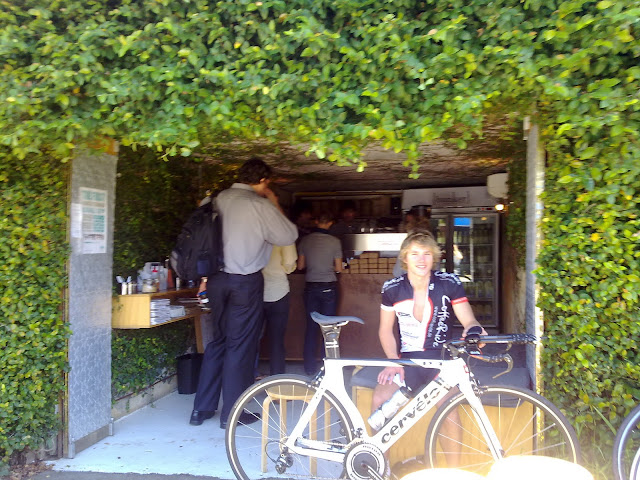 Posted by Josh Amberger at 11:14 AM No comments: