I crossed the line in Galveston last Sunday with great pleasure & some sense of certainty that I had actually won, but I couldn't be too sure. I had to wait and see for all the others to cross the line! I'll spin the yarn in the following...

Galveston was my last stop on my nomadic 5 month tour of the US & Europe. After 70.3 Worlds, I stuck around at a friends place in Las Vegas and waited until Ashleigh arrived in direct from London WTS. We planned a little respite together, and gave some service to our sponsors at the annual Interbike expo. It ended up being a whirlwind week full of debauchery, intoxication and gambling (just kidding, we're model triathletes), with no moment to spare or relax as intended. I even managed to squeeze in a supersprint race in Las Vegas to little success, but it was a lot of fun on these tired middle distance legs. I arrived in Galveston in pretty rough condition with a cold, and many missed hours of sleep & training, but still motivated to make up for a winless 2013. 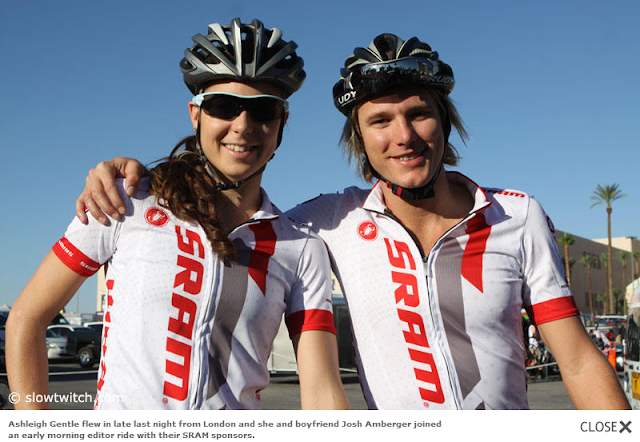 When I arrived, the Galveston area was experiencing some large weather fronts getting pushed in from the North, dumping lots of rain and blowing enough wind to give Team Oracle another victory on the right day. Come race day, the RD decided it wasn't going to be safe to swim because of the choppy water so they called it off. By this point, I was so over the travel and still feeling ill that I didn't care what they did. I just wanted the race to be over with so I could get on that plane and start the journey home.

The format was to be a bike/run, with TT start at thirty second intervals. Being #1, I led off first and was chased all day. To be honest, I hardly new any of the athletes in the field, and was just interested in racing my own race. I was still in some reasonable biking shape, but was getting frustrated when I wasn't putting any time into the #2 athlete Daniel Bretscher. Turns out he was fresh off a second place finish in Ironman Wisconsin and also riding very well. We battled it out & even splitted the whole 40km in the heavy heavy crosswinds and uninteresting roads of Galveston. Daniel ended up riding only 5 seconds quicker than me, but we both rode considerably clear of the rest of the field. I felt as if I had a good ride considering my undesirable lead up to the race, and rode at 316 average watts (65kg race weight). You can view my power file here.

Onto the run, I knew I would have to put time into Daniel quickly to break his morale. The run course was really fun, full of corners, u-turns & technical sections. There were many chances to get some sort of split of the competition behind, and I knew I was putting time into Daniel but he kept pressure on me the whole way and made sure I delivered a honest performance to take the win. My travel buddy Brooks Cowan from Detroit was third.

In summary, good move from the RD to cancel the swim. I really enjoyed the format of the race, it kept me on edge the whole time not knowing where anyone else apart from #2 in the formation was. Would be interested in racing this format again, but a swim would need to be added of course! Any more RD's out there fancy on making another pro race a TT start? Any interest in Australia? Ahh anyway, keep dreaming. Here's a few shots! 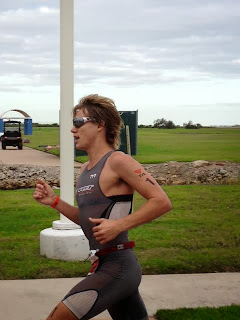 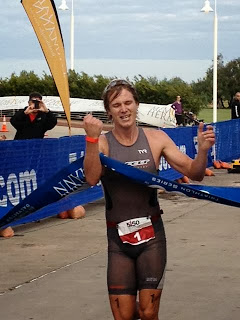 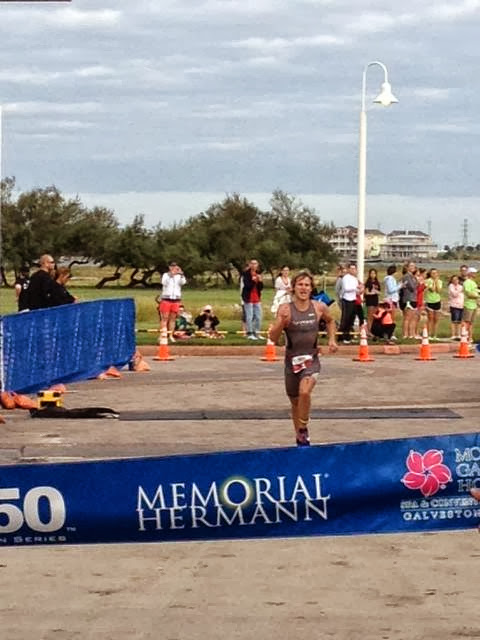 Thanks to the community of Galveston for hosting such a good event. My homestay Bel & George were very accommodating, as well as the locals who shouted Brooks & I dinner, Kim & Steve, owners of the local tri shop who showed us around and all the athletes who came up for a chat. What a blast! For now, it's really good to be home, bring on the end of season races in Oz.

Vegas 70.3- Taking the Good With the Bad

With a tear in my eye, I say goodbye to the 70.3 World Championship course in Las Vegas. As most people would know, the rotation of new 70.3 World Championship venues begins next year, making it the last year the event will be held on this spectacular course. If you've not read my race reports before, I always like to give a run down of the course with swim/bike/run maps & a short commentary on each, so please see my post from last year's race if you need to be bought up to speed on the course. There's also the race video to watch to kick things off!

I'm still yet to report on my race from Hy-Vee the week prior, but I'll get around to that next. It is difficult to write about a topic when the culmination of a years' work leads to nothing but disappointment, so let it be known that I got a drafting penalty early on in the bike in Hy-Vee which put me out of the race. With the focus of 2013 however always being on Vegas, and Hy-Vee merely serving as a well-paying primer for Vegas, I still had my eyes on the Vegas prize. I had dreamt of the race in Vegas many times, trained to the thought of the course many more, and desired a spot on the podium every day. With my setback early in the year from a fibula stress fracture, I gave myself every opportunity to build into the season to peak in form by September. I think I got this part right, but my race tactics left me in the gutter, literally. I finished the race in 33rd, under a big shadow from last years 7th place.

The day started perfectly. I think I was tapped on the feet only once or twice during the swim. I lead the swim form start finish after a great start. I breathe to the left hand side, so I always like to start right so I can see the spread of athletes after the gun, and judge my position easily. I saw Andy Potts line up next to me, so I must have been in a good place. I started hard, had a clear lead to my left and set about keeping the pace high the entire time. Jan Frodeno told me after the race that the swim was fast & that he was hurting, so that makes me feel king beef. Swimming at the front isn't always easy, and it's never clear whether others behind are struggling from the pace or doing it easy, just slowly letting you burn your matches.

It had been raining all morning, and I was hoping it would have cleared up by the time we got onto the bikes so the Vegas weather could do what it does best. I typically have my best races in the heat, when the stress across all competitors is at it's highest. High hopes left me disappointed, but still eager to get on with the job. I had managed to split the swim considerably, but there was still a lot of pack meat about. There's some good climbs straight out of transition, which typically brings the workers up the front, showing portants of the 90km ride in just one section. It was Tim O'Donnell, Potts and myself up front. We swapped the lead a few times in the first 15 minutes or so and then we hit the first downhill. I was set up the week prior on the new Felt IA, and without this trying to sound like a salesman, it felt incredible. I got off the brakes and took the lead again, notching up top speed on the downhills. At this point in the race last year, I was probably second to third last wheel in the pack, but was now driving the pace up front. With the media cars and bikes around, this was a pretty amazing feeling. I think my cycling has been steadily improving the last couple years, but I had bought my best to this race. The next time I looked around to see what the situation of the pack was, I was by myself, entirely out of sight of anyone else.

Was this my race plan? Go all out, bust everyone up less than a quarter way into the bike leg and hit it off by myself? Please don't think I was stupid enough to think I could go at this course by myself, I always knew I would need a couple (minimum) athletes to work with to have gas left for a fast run on a hard course. But would could I do, it was a World Championship, and I was now out of sight. Jim Felt always tells me he's waiting for me to do a Craig Walton and go mental off the front and dominate the race. With this thought in my mind, I couldn't let the opportunity go so I went for it. I held my watts steady, tucked as aero as I could and jammed. 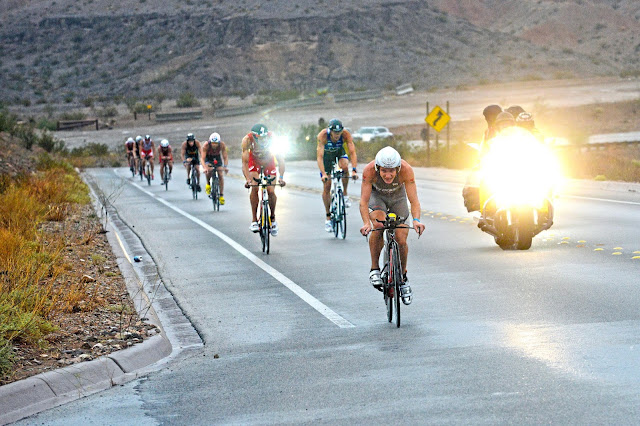 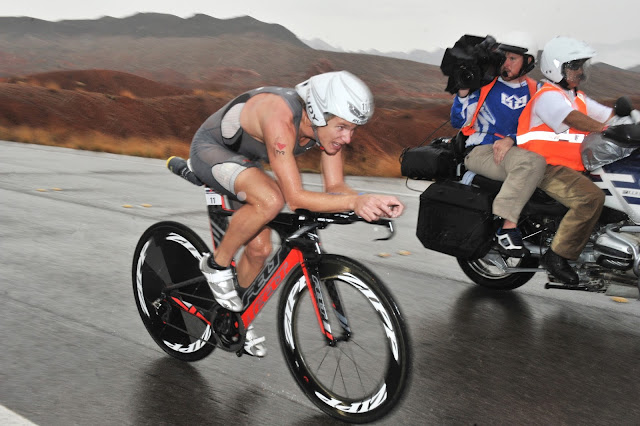 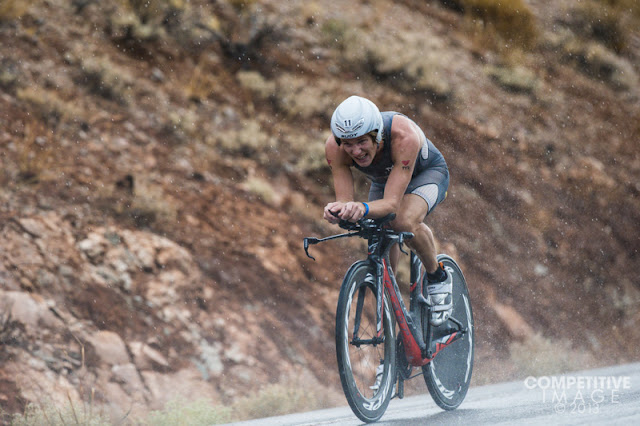 At the far turnaround, I could see there was now one large chase group that I wasn't gaining much time over. It had the momentum of Sebastian Kienle, so there was little chance I was going to extend my lead but I wasn't phased the slightest. I was committed to riding at the front and I did so until he caught me at the start of the longest climb on the course. Unfortunately, this was the first point in the race where my legs started to feel heavy. It was always going to be a huge ask to ride with him but I gave it a go and didn't ever come out the other side. My watts jacked up tantamount with lactic acid, and it was soon clear to me that this was the beginning of the end. 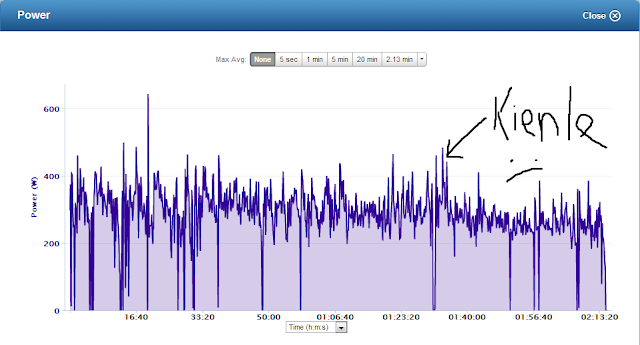 After this point I switched into survival mode, and only just made it to the end of the bike at the time the chase pack caught me. As soon as I got off the bike, I knew I had nothing to give for the run, and my legs sadly made it through the half-marathon. However, with a smile on my face, I could reflect on the fact that I seized on an opportunity to win. With some more experience and some more years in the legs, I have no doubts I'll be able to race in this manner and finish the job, but just not in 2013. 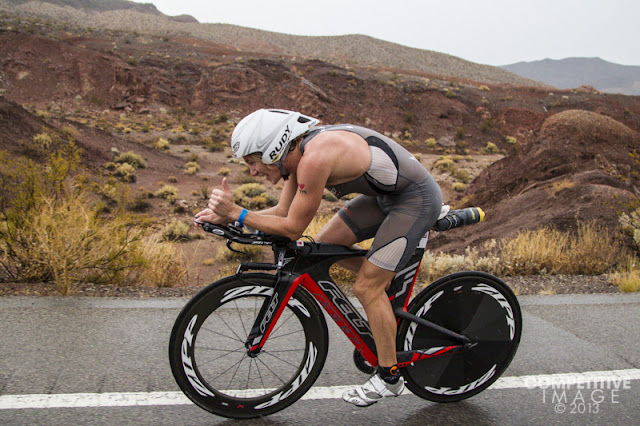 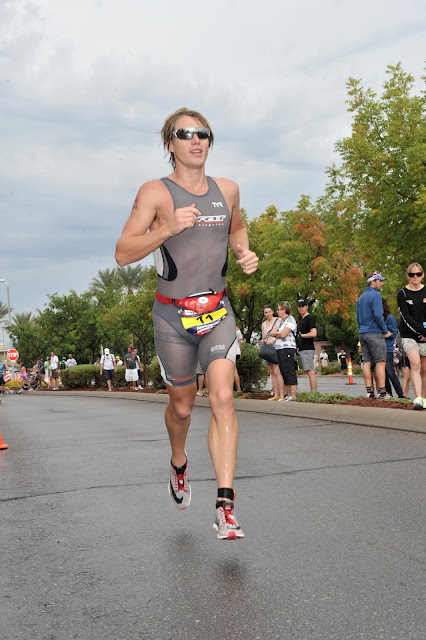 So with the long campaign to Las Vegas over, I look forward to finishing off the season in Australia and having fun with my training into these events. I thank everyone for their belief and support, and know I'll be working harder next year to make it all count.

All photos credit to