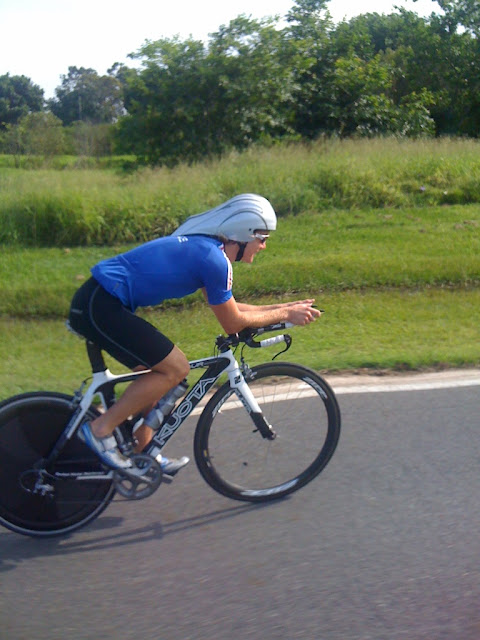 Posted by Josh Amberger at 1:37 PM No comments:

Read this article by this relatively unknown but tryinghardtomakeit website. Yes that is my comment at the bottom.

I'm still yet to write a post-Delhi blog, but have been busy with trying to write literature and take a side on the declining US world order debate, specifically in regard to the Middle East. If I like it enough I might put it up here for those interested in such affairs.

Noosa is next weekend!
Posted by Josh Amberger at 8:30 PM 1 comment: 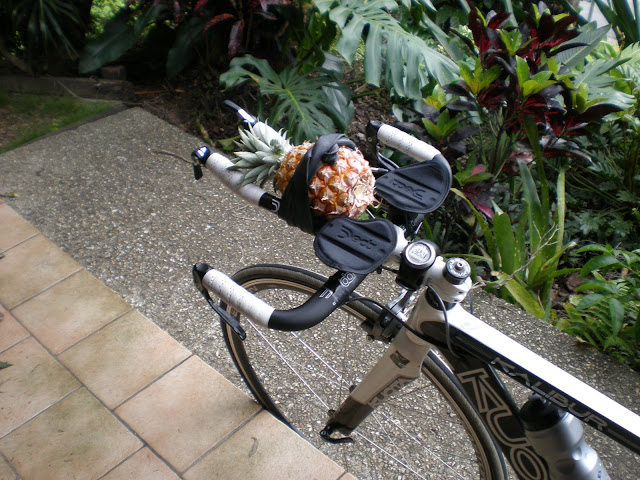 The Dayboro pines looked too good to ride past this morning :)
Posted by Josh Amberger at 1:01 PM No comments:

Checking In From Delhi

So I'm in New Delhi supporting my sister who is competing for Australia in the Synchonised Swimming. Sadly, she posted this article on Facebook not too long ago (that's my sister in the middle by the way). This article is not the only problem, the media seemingly everywhere over the globe is going nuts about how much of farce Delhi has already become. Nevertheless, once I read the aforementioned article, and some of the reader's comments (in particular the 'terrorists have already won comment') I feel as if I have to say something.

I'm not going to rant, but I just want to say I feel really sorry for Delhi and India as a whole. I have been here for less than twelve hours, but I have already seen enough to convince myself that India is so poor and disconnected from Western ideals and realities that I can't honestly see how it will rise to be the great power that everyone is forecasting it to be. Honestly, about 90% is this place is 100% slum. That being said, Indians are different, and it should have never been expected that these games would surpass Beijing's Olympics, or even Melbourne's Commonwealth games. I was at both these events in 2008 and 2006 respectively, and can honestly say that I don't believe India will match or surpass these events in any way; India is simply too poor!

The reason I feel sorry for India is because they are really trying to make things work, despite everything the media has been throwing against them. I'm not suggesting the way they are doing things is correct, but to me it seems as if they are taking no chances (I'm only referring to security issues). On every corner there are guards with fully loaded assault rifles and AK47's. On other corners and sections there are sandbagged bunkers with mounted guns. There are vans/buses full of security and army personnel everywhere, and even my hotel has a guard with an SMG out the front, and another one with an AK47 in the lobby. I'm just so disillusioned as to why the media is reporting the stuff they are, and at what benfit/s does its negativity bring? Even Prince Charles and other Royal's are strutting around in public. These guys are absolute icons of death and Western corruption in the eyes of the terrorists, and yet certain nations are worried about walking around a fortified stadium. I love sport, and I love great sporting events such as the Commonwealth Games; so I'm going to enjoy my week here no matter what. Here's some shots from a few hours of tourism today...some majestic, some not. 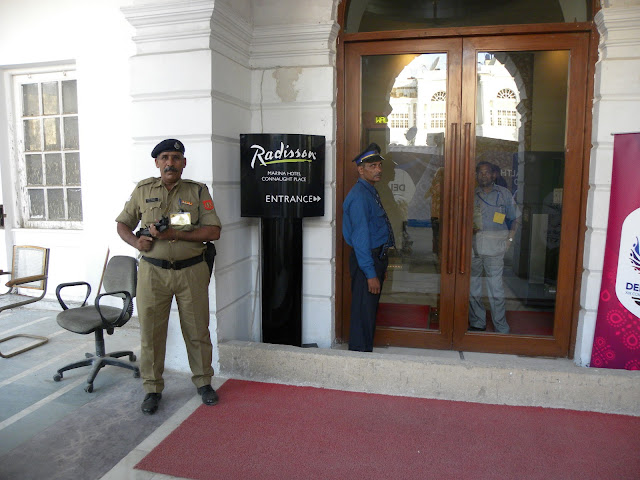 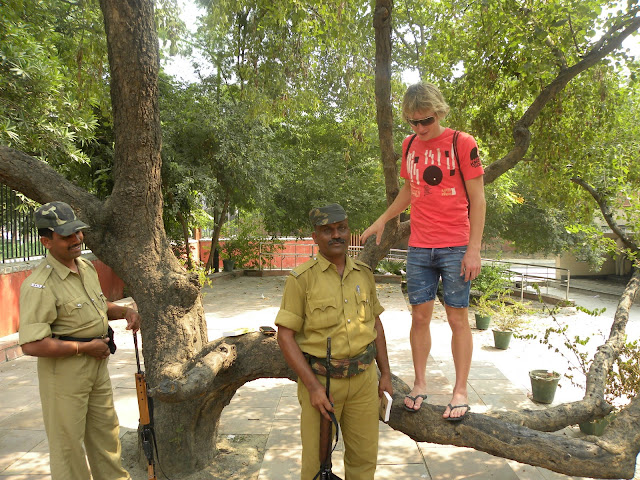 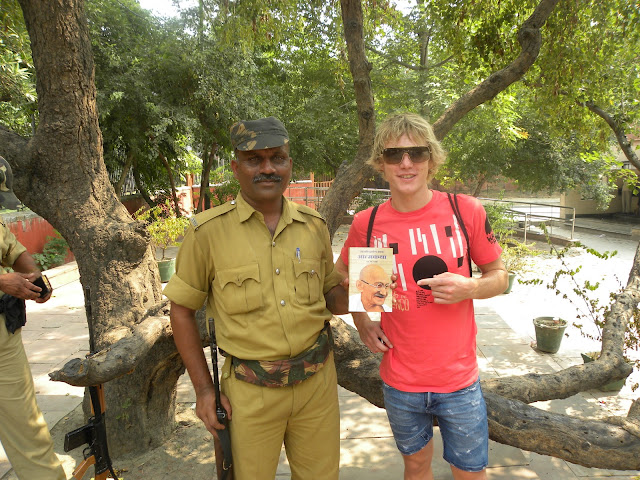 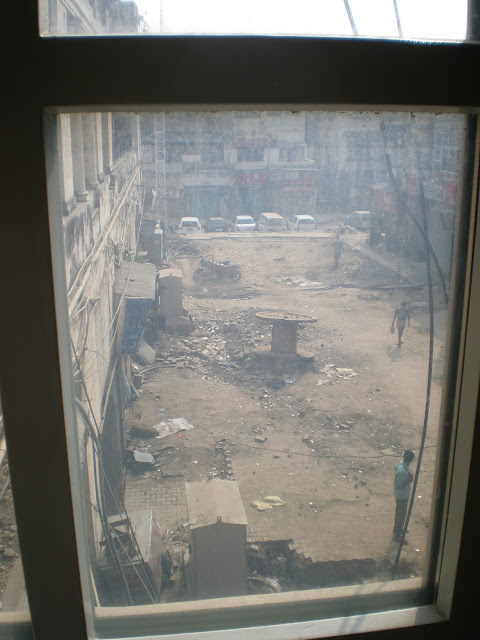 View from  my room 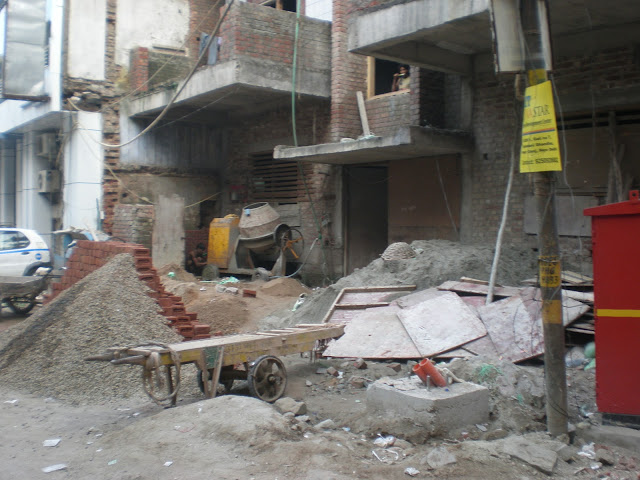 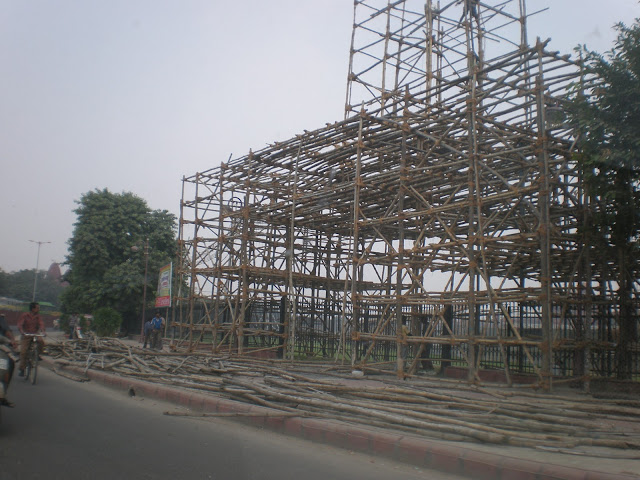 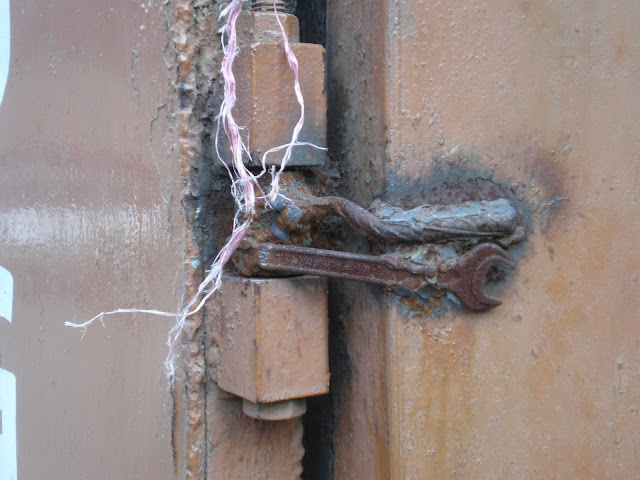 Literally 'throwing a spanner in the works' 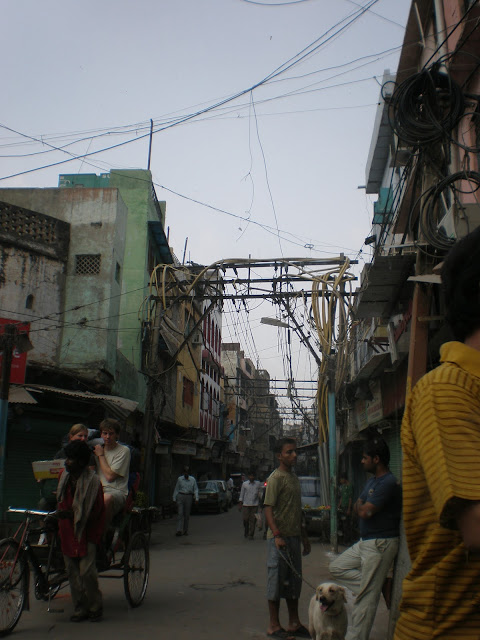 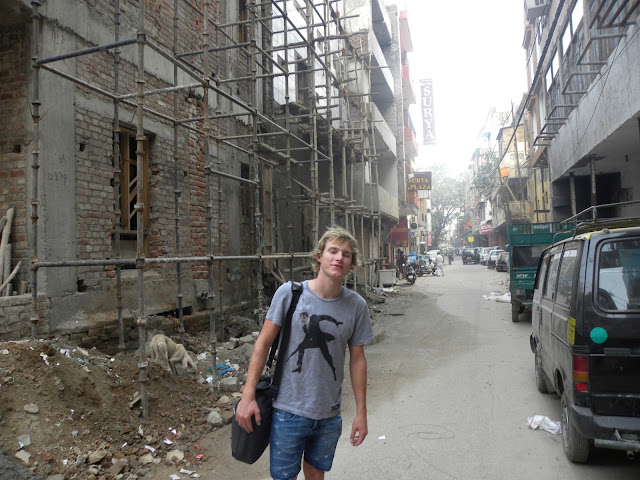 This was the street outside the hotel we had originally reserved over the internet...deceptive Indians had us thinking we were arriving to a 4star hotel. We went to the Radisson instead. 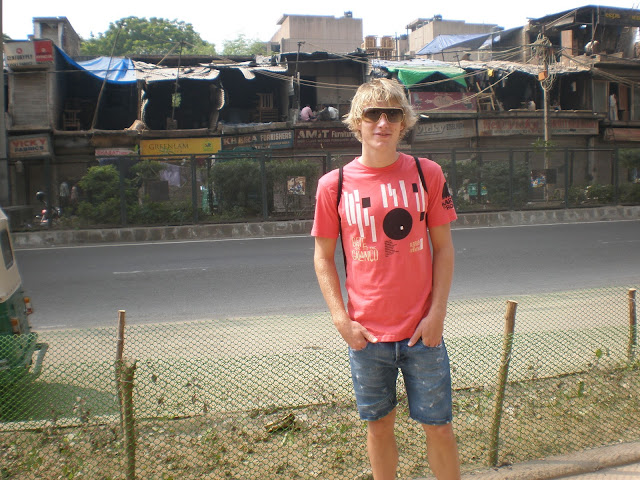 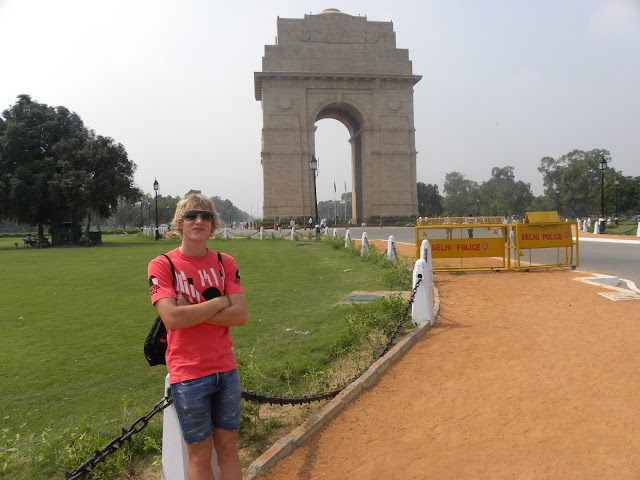 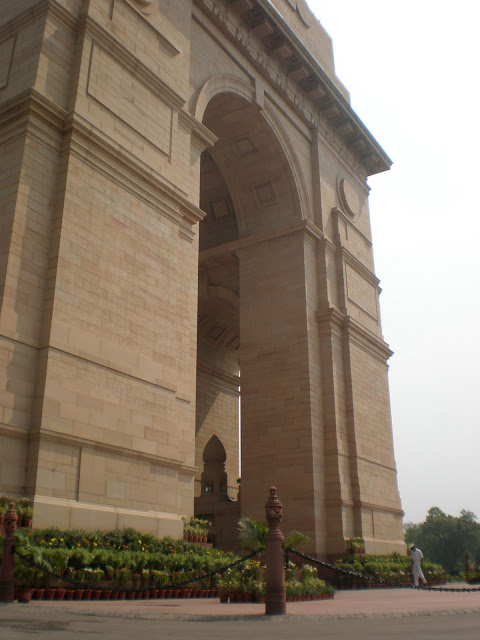 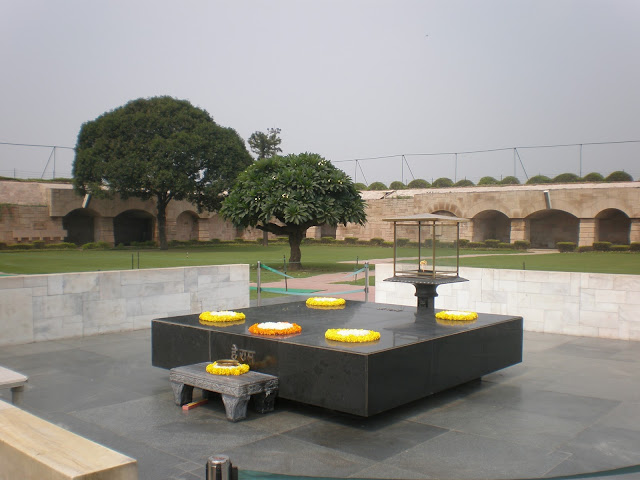 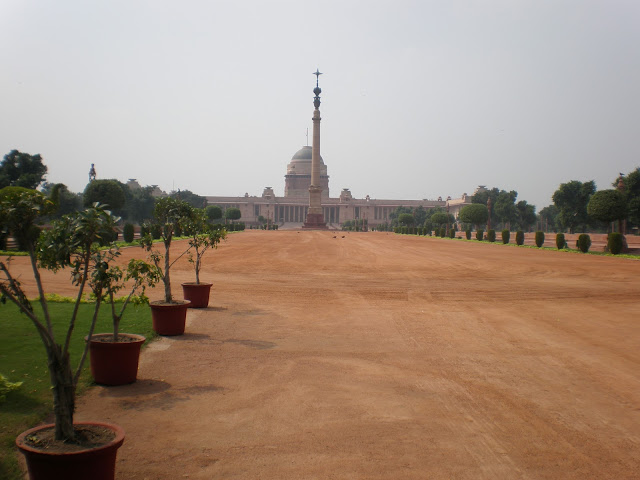 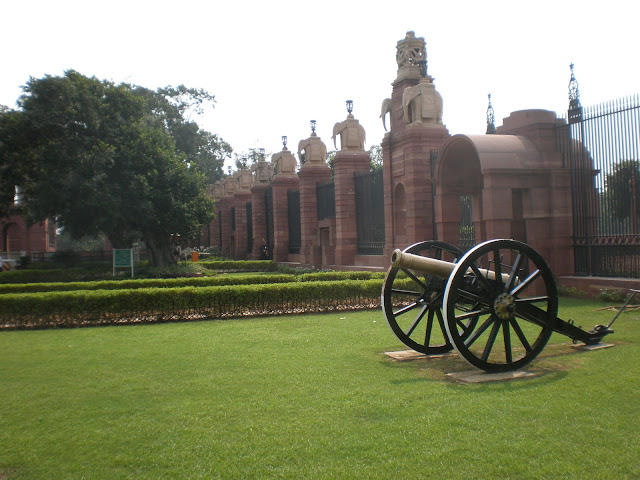 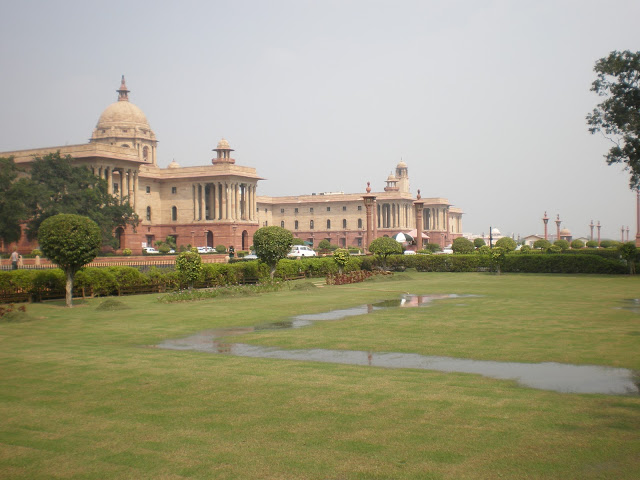 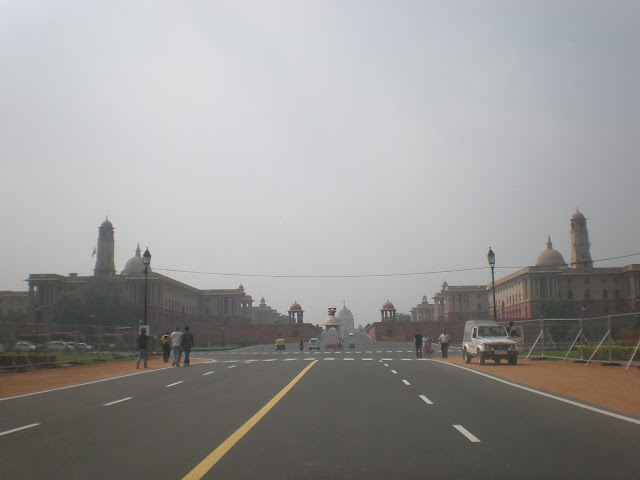 
So the goods news so far is that my poos are still solid, and I'll try and get some more pics up in the coming days. Tomorrow I'm going to the Taj Mahal, and will start seeing events starting on the 5th with a full day at the hockey.

I've almost finished my first week back on the bike, and will have racked up 650km+ by tomorrow (Saturday) morning. Today I was back down the Gold Coast getting another reminder from Courtney that I need to get fit quick! Our session this morning was 3xSpringbrook reps, with no.1@300Watts, no.2@315Watts, and no.3@340Watts+. For those alien to the Gold Coast, Springbrook is a shallow/medium grade climb that takes just over 20mins to ascend holding similar wattage.

After Springbrook, the man and lady of leisure (which would be Ash and myself) were once again chasing an extended bout of leisure, with fishing being the obsession of the week. Ash managed to catch a preggers Blue Swimmer on a line, and I equaled her with a nice Bream! The Blue Swimmer went back, but the Bream succumbed to the knife and pan later in the night. The carcass was jazzed up with a bit of rice, asparagus and soy replacing the parts that I took out :) 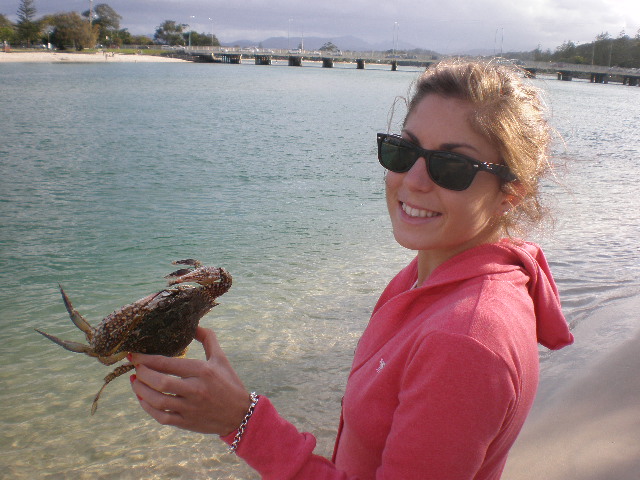 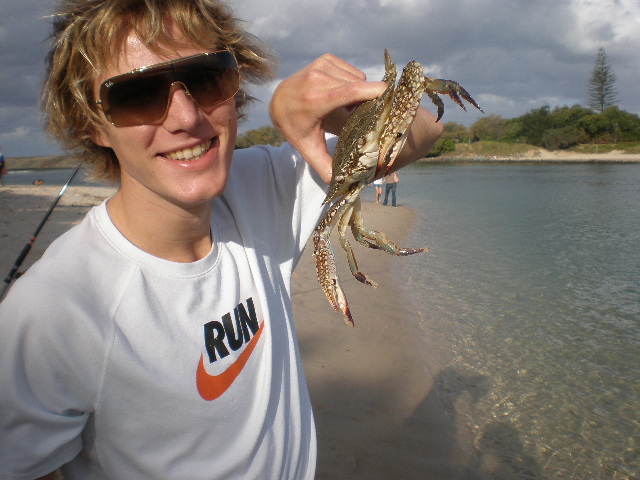 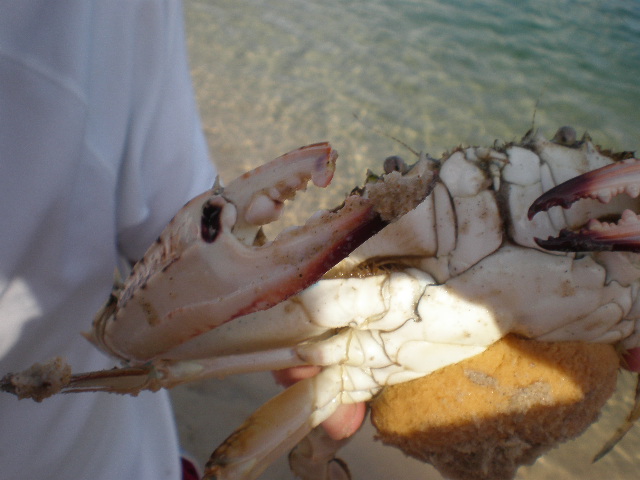 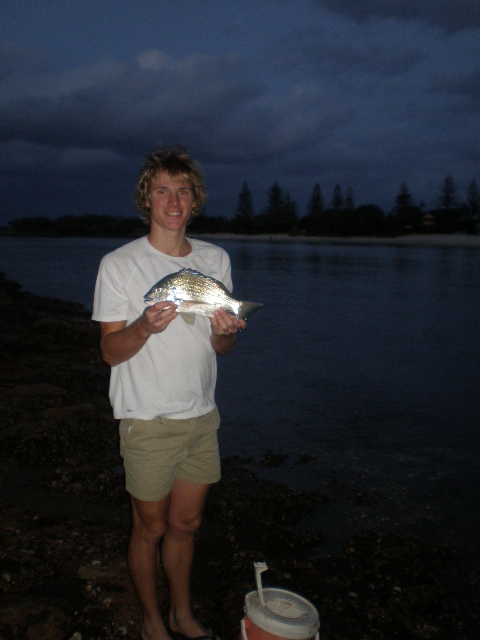 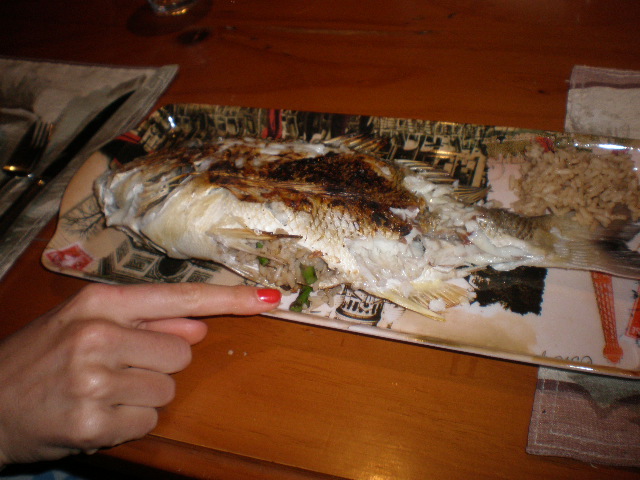 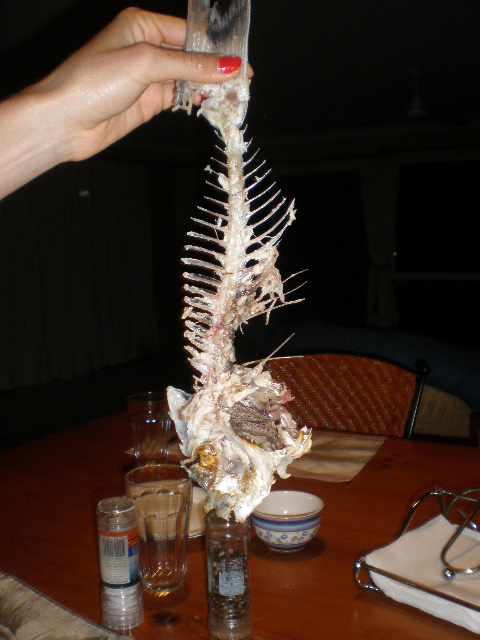 Tomorrow' agenda...New Dehli baby!!! If this blog never gets updated after this post, it probably means Al Qaeda got me.
Posted by Josh Amberger at 5:48 PM No comments: