For those who haven't come across it yet, I did an interview with independent aero wheel start-ups, Flo Cycling. I will be riding Flo wheels in 2012 for all my non-drafting events and I welcome them as my newest supplier. If you haven't heard or seen these wheels yet, head over to their website to have a look.

FLO: You just recently became Singapore 70.3 champion. First, how does it feel and second, walk us through the day.
Josh: Thanks Chris, it feels a little surreal to be a 70.3 champion considering this was only my second 70.3 competition. I was a late entry into the race, entering only 3 weeks prior. During the Australian Summer, a lot of my friends were doing very well in domestic long course races. I have been training really well and knew I had a great long course performance in me too, so just like that, I registered for the Singapore 70.3!

Race day started early, like always. I caught a taxi to race site, and the first thing to do was set up my transition. Being an unknown to this style of racing, I felt there was no pressure on me as all the pros were crammed into the racks setting up their transitions. This made me feel relaxed and ready to set out in the inner mongrel come race time. The heat and humidity in Singapore was going to be the most testing aspect of the race, so I decided to skip a cycle or run warm up, and headed down to the beach for a light swim.
Once the gun went off, there were four of us that cleared out quickly in the swim including myself, Dylan McNeice (NZL), Dennis Vasiliev (RUS) and Christian Kemp (AUS). Dylan, Dennis and I are amongst the best swimmers in the ITU style competition, so I predicted their company, but to have Christian there was a little surprising and intimidating because he was probably the best runner in the field. We swam conservatively and exited the water with a little over a 2 minute lead. Onto the bike, I was on the front from the start and pushed hard to try and abort the plans of the other athletes I swam with. Even though I went through 40km (25miles) on the bike in 55minutes flat, I couldn't drop the guys behind me. The flat course was certianly fast, but probably not challenging enough to be able to drop the weaker cyclists. We remained as a bunch the whole 90km and we put a further 6 minutes into the chase pack. I made sure to keep well hydrated because the run was where the race would be won. Onto the run, I knew Christian Kemp would be the strongest so I set about sticking with him for as long as I could. Surprisingly, I found myself surging on him and dropping him at the 1km mark. The rest of the run was on my own out front, putting further time into those behind and trying to keep hydrated and smooth to avoid getting crushed by the humidity.


Head over to the Flo blog for the full interview!

Posted by Josh Amberger at 10:24 PM No comments:

I flew in and out of Singapore on the weekend for the 70.3, an annual event that has been won by some of the sickest names in the sport these past years (Kris Gemmell, Craig Alexander x2, Simon Thompson). While most big names were absent this year because of IM Melbourne (although Ronnie Schildnecht *first sub8 IM in North America* was set to race but withdrew), I couldn't write anyone off because of my acute misunderstanding of how to actually race a 70.3, let alone the fact that I'm not really training for one.

Ubiquitous in Singapore each year though is enough heat and humidity to make you sweat your own spinal fluid & on occasion a little bone marrow. I've raced and won an ITU Conintental Cup here before, one of the most metally testing races I've yet to do. Natually I was a little anxious but certainly ready to let out the inner mongrel to redeem last weeks travesty in Devonport.

As said, while the start list was missing some big names of the past, it was still lined. Lots of 70.3 regulars, some 70.3 champions and some ITU swimming buffs namely Dylan McNeice & Dennis Vasiliev (I have a good history against this chap, a tuff' Russian who always travels on the express pain train service). Just as ITU swimming & the racing overall has really stepped a level the last half-decade, expect the 70.3 level to do the same with the ITU athletes now starting to make regular appreances. Myself, the aforementioned ITU swimmers & Gold Coast 70.3 champion Christian Kemp easily gapped the chase pack by 2+ mins. 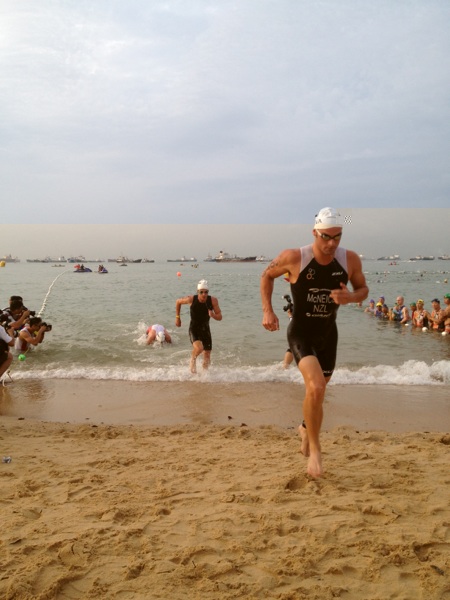 Our party of four really took it to the chasers again with a quick bike. Christian and I did the bulk of the work around the flat fast course while Dylan was forced to pick & mix some turns and the Russ' did the honors for a breif 20seconds or so (with a dirty Brukhankov style grimmace). I knocked out 55minutes flat for the 40km, a time I'm yet to be consistent with around a short course racing (a good portent for the season ahead chaps). When we saw how much time we were putting into the chasers, we backed off a little and went through the second 40km in 56.60. Our final ride split was 2.06.28, a nice reward considering the amount of time I've spent on the bike this year. The cycling data has been made public below...

Christian was easily the strongest runner amongst our group, so I was expecting a tough running duel served cold with a side of laborious mental strain. I put my Garmin on, exited transition just started to run for feel. I went toe to toe with Christian for about 500m before I lost patience and threw out 'holding back' paradigm. I thought for a second that I has just signed my own DNF certificate, but Christian lost my feet straight away and like that I was on my own out front. By the first lap I already had 2minutes or so lead which grew to 5 by the end of the half-marathon, and I jogged my way in to win my first 70.3 in 3hours, 54mins. You can watch a video of my finish below! 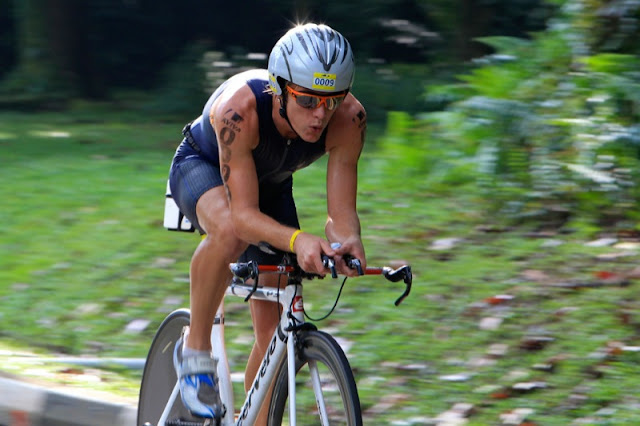 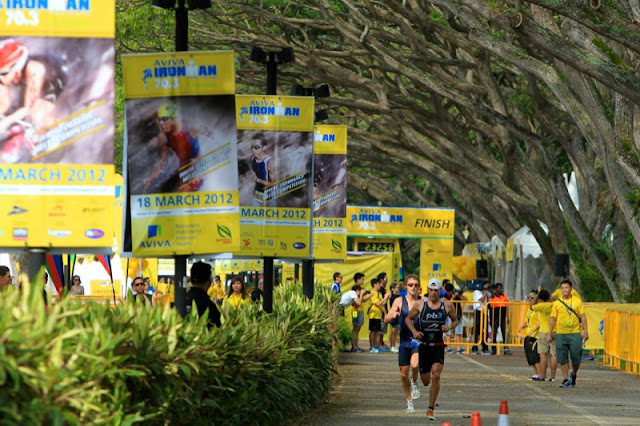 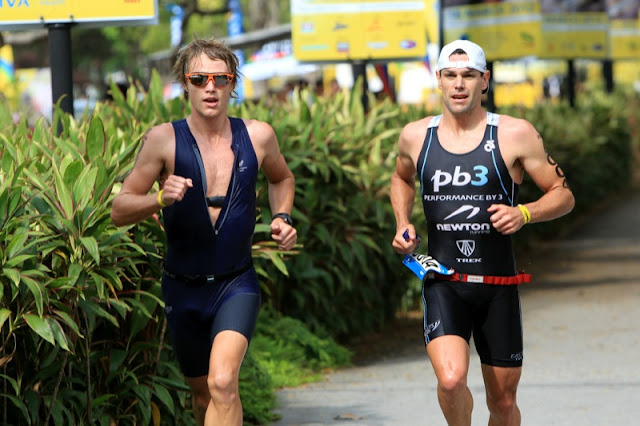 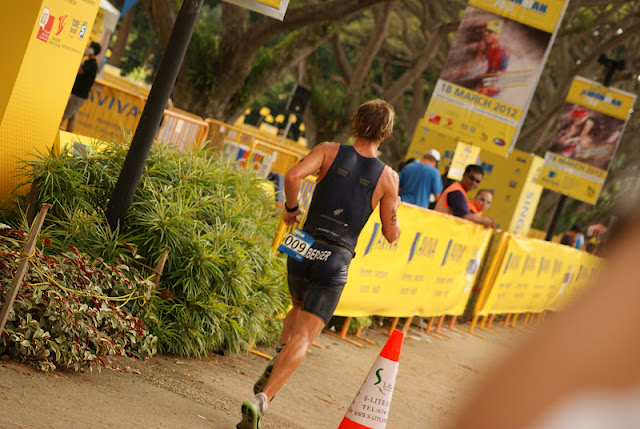 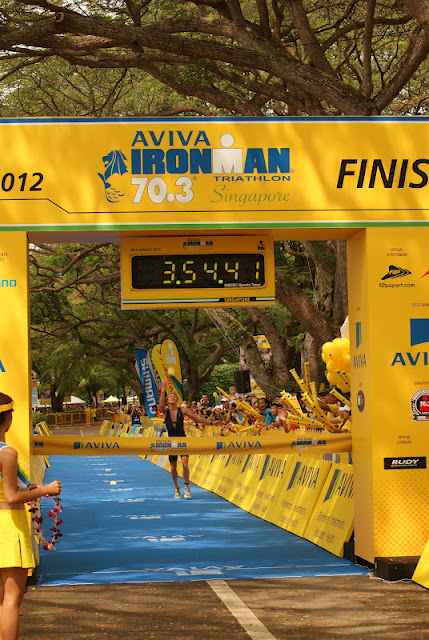 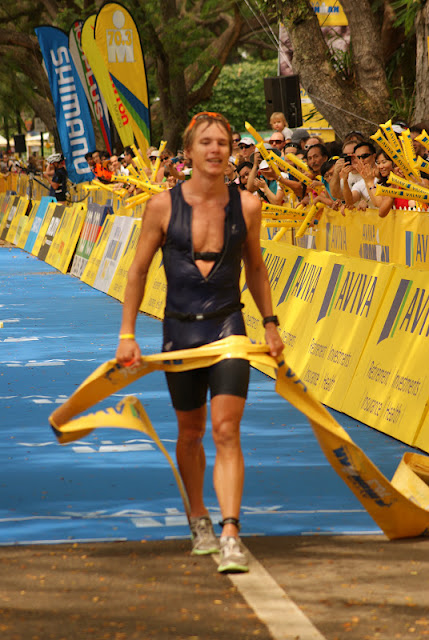 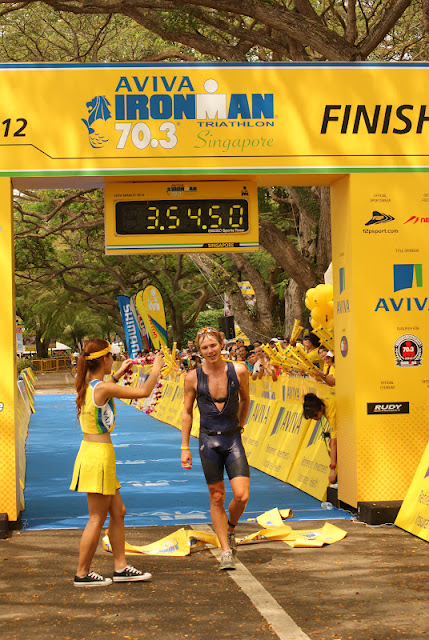 Cheers to those who've passed kind words onto me since the race, it means a lot. From here I'll go into a good months block of training and then head Stateside for the first 5150 of the season!

With Belligerence I Ride (+ swim & run)

While this digital edition of 'Burg's abode' has been undoubtedly senile this year, I've been putting in big training miles, with 35hour+ training weeks becoming as ubiquitous the increasing value of my self-indulgent underground vinyl collection. Yet ultimately, we train to race, so I opened up my Olympic Distance season on the weekend down in Tasmania for the Devonport ITU Oceania Champs. I had an unambiguous goal to race as well as I could, knowing I hadn't exactly prepared adequetly for a draft-legal, fast & malovelent affair. I'll spare all excuses and disclose that I posted a big fat acrimonious DNF.

I swam well & normal, coming out second in my choice Rocket Science wetsuit. I've been riding back to back 500km weeks on the bike for 2 months now, so I was expecting to be belligerent & brutal with my tactics, hard and fast establishing a nice lead by T2. Unceremoniously, a combination of things had me up shit creek by 20km into the bike, and I dropped out of the race with lactic acid spilling out my nostrils. A slow start to the season for sure, but it's something which is easily adjusted by bringing some more intensity into my strength based miles.

I'm lining up this weekend in the Singapore 70.3 for some redemption, and will definately be bringing out the belligerence for this race to try and get some early points for Hy-Vee in 2012.


*pictures as always, reproduced without permission* 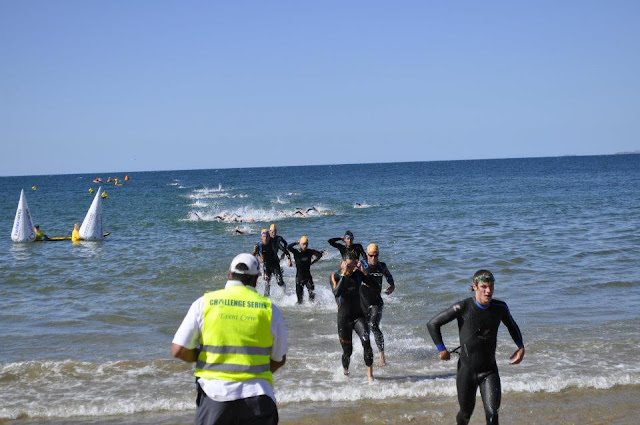 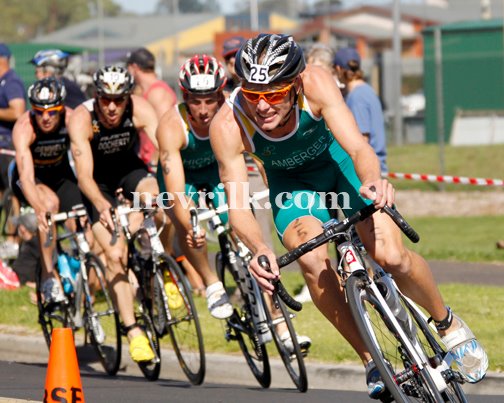 Posted by Josh Amberger at 1:48 PM No comments: