I'll be racing it for the first time this weekend in the Buffalo Springs 70.3 in Lubbock TX.

Feel free to ask any questions about my set up below. I hope you like it! 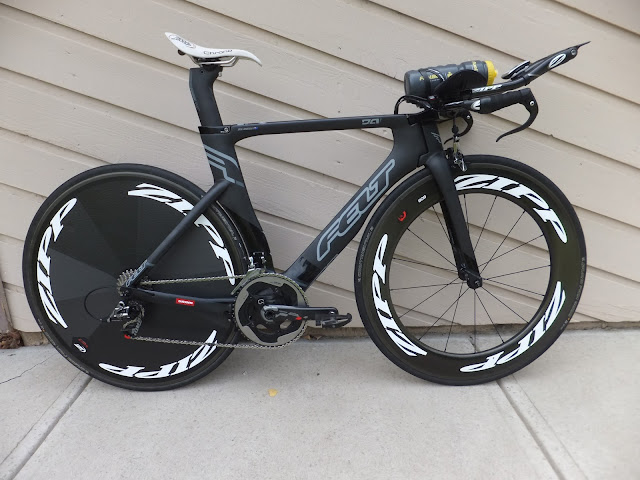 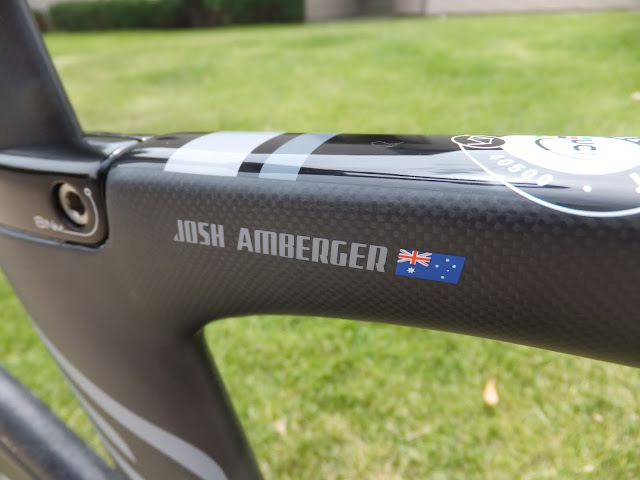 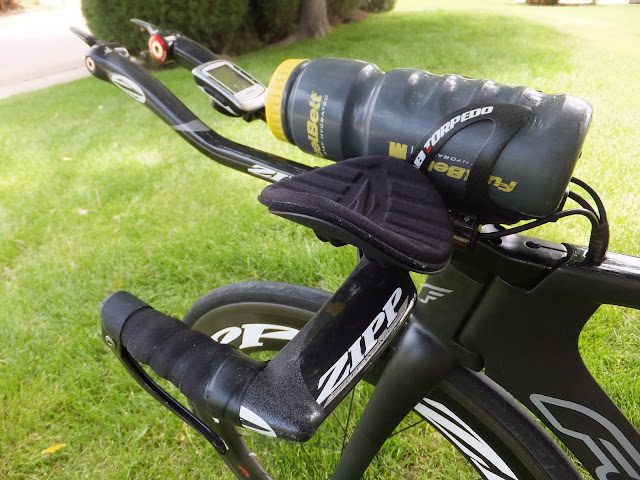 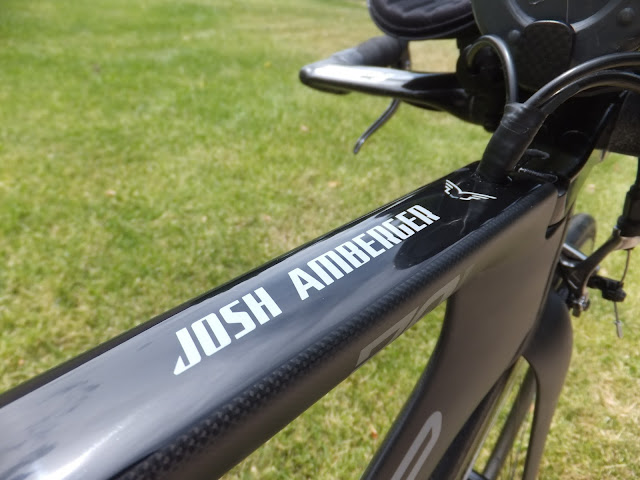 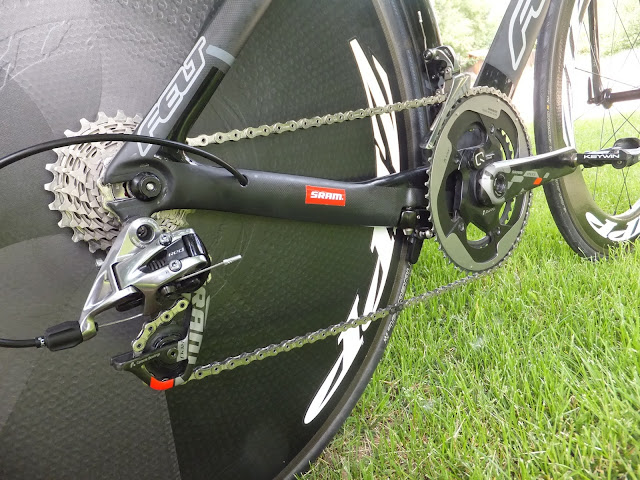 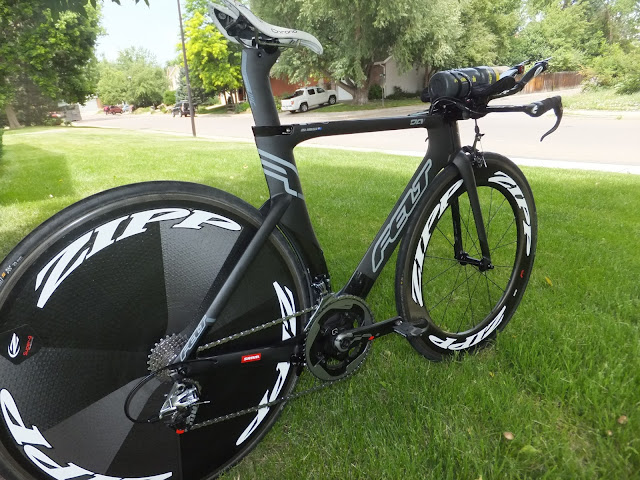 ...Twenty-four-year-old Josh Amberger made a big splash during last year's 70.3 World Championships, placing 7th in a race that wasn't even on his radar at the beginning of the season. After an injury slowed the beginning of 2013, he has hit the ground running with a 3rd place finish in Boise this past weekend. We caught up with Josh after he finished up a swim session yesterday in Boulder...

Congrats on a great race in Boise, how are you recovering?


Thank you! I am still new to the half distances, but one thing I've noticed is the recovery gets quicker each time I race. Being 5 days after the race, I am feeling pretty good. It was great to finally get out there and race, I've had some bad luck this year with a stress fracture from over training and a mechanical issue in my comeback event in St. Croix. I have been training harder than ever this year and to finally get a good result is a big relief for me.

Please head over to X-Tri to read the full interview
Posted by Unknown at 3:34 AM No comments:

Third ain't first, but it's a fair start. This result come as a big relief for me, but most who've followed this blog would probably already know that. There happened to be 6x 70.3's staged around the world on the weekend, but the field in this race was by no means thin. There was $10,000 on offer for the win so one can always expect great athletes to show up. So... let's get down to the nitty gritty.

Boise is basically a city sitting on a geographic crossroads. It's where the desert ends and the mountains start. Most locals thought that when the race first came to town they would be treated to a majestic mountainous course, but we got thrown out in the desert instead. With a unique 12pm start, we went from a cold 58f/14.4c snowmelt reservoir straight into a gargantuan 90f/32c desert headwind, then finished on an equally hot but lush river loop run course. 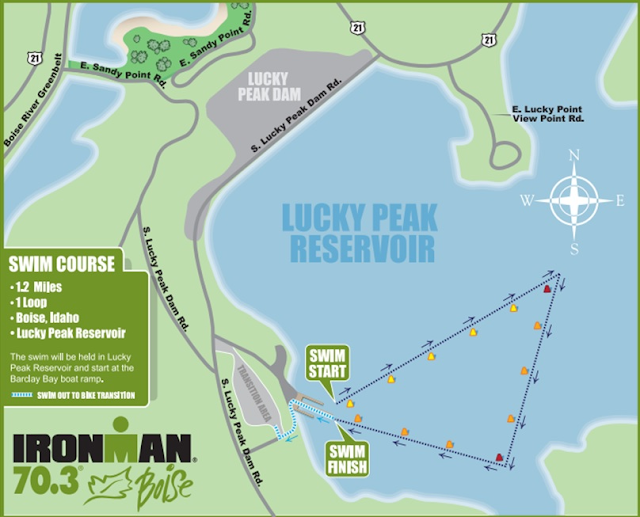 This was a pretty straightforward swim course. You're a wombat if you got lost on this one. 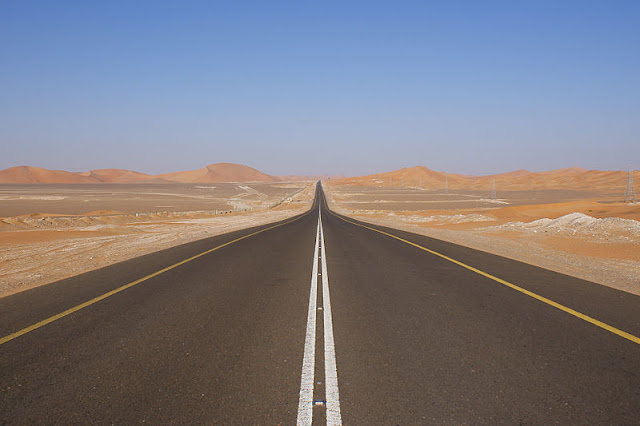 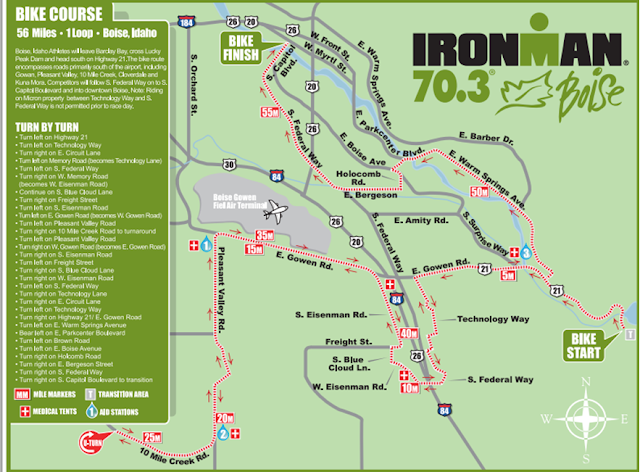 The bike course was brutally honest. As I said, we raced in a hot desert headwind/crosswind in full sun with 780m/2,560ft elevation gain. The elevation was gained on climbs that were mostly long grinds 6-10 minutes in length. There were very few rollers. The course was perfect for a swim/bike athlete, as the competition can only really see you once the entire 90km. Here's my file from my Quarq power meter. 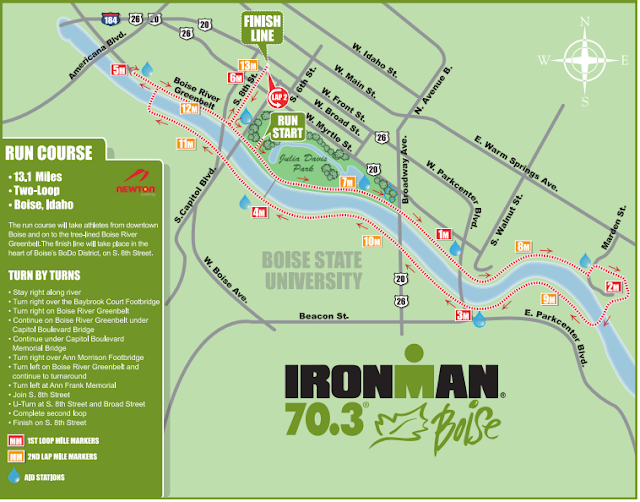 This was a two loop course. It was under shade for some parts, but exposed and windy on others. It's rather twisty so you can only catch a glimpse of your close competition on a couple of long straights and on two u-turns a lap. Kevin Taddonio got some footage of the run leg seen in the video below

The field was thin on great swimmers. I knew this was a race I would have to ride at the front by myself or would be caught by a pack at some point. I was wrong on both accounts.

I ended up leading out of the water by 45 seconds to a small bunch of athletes. After about 10 minutes on the bike we were greeted by a long steady climb straight into the wind. When I was at the top of the climb I looked back and saw one athlete had broken clear from a group. I hadn't done a 70.3 since September 2012, so I was lacking the confidence needed to ride and entire 90km by myself. Naturally, I was excited by the prospect of sharing the workload with another athlete. I was joined after about 20 minutes by longtime hardman Bevan Docherty. Bonus. As he caught me there was a long sweeping turn, and I could see we had a good gap over Brent McMahon, the next athlete coming through who had also ridden off the group.

Bevan and I shared an even workload into the heavy wind until the turnaround point. The turnaround & the switch from head/cross to tail/cross winds can easily be seen in my heartrate data below. 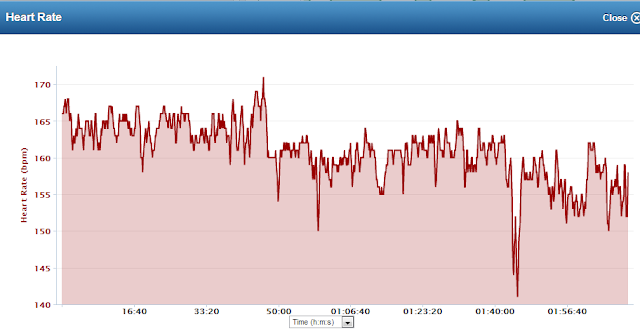 After the turnaround, Bevan hit a rough patch and made it pretty clear that it was up to me to keep the time gap growing. I rode hard and confidently feeling pretty solid. I ended up taking the turn for the next 60minutes until out of nowhere I was flipped a 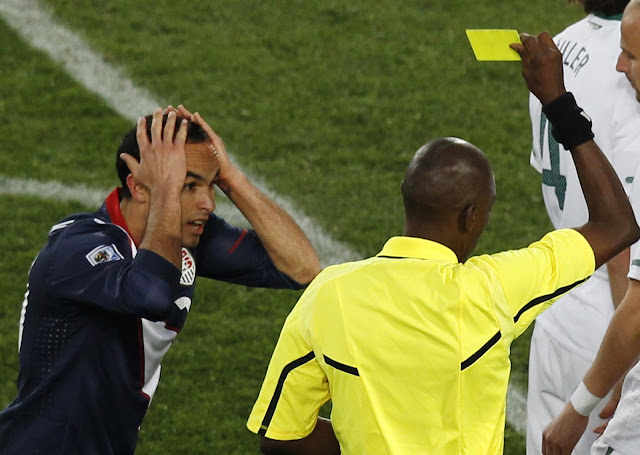 for a positioning violation. We were sent down the left hand side of the road on one part of the course. With this my natural riding side in Australia, I instinctively kept to the left of the road instead of the right. I was therefore blocking and had to make a stop start penalty at the next penalty box. Fortunately the next box was in T2 so I didn't have to lose time on the bike course, just in transition. After this, I was frustrated with myself & Bevan for sitting on, so I jammed the brakes and made him conduct a pass. It was about 15minutes from that point to transition and we both eased the watts considerably as we began sapping turns again (also palpable in the HR data).

Into T2, I made the quick scribble on the sheet of paper and was out transition 20seconds behind Bevan. I felt lighter on my feet than expected but still a little awkward. Brent McMahon ran me down quickly, probably within 15minutes and I sat in third for the remainder of the run until the finish. I found my legs a lot more on the second lap and had a nice buffer to 4th to enjoy the last minutes into the finish and play with the crowd. The run times from the race were typically very slow, reflective of the really hard cycle leg. There's still a lot more work left to do on the run, and I have an enhanced understanding of how much more I can push certain areas of the 70.3 distance in my next event. I think the bottom line is we can always go a little harder & faster than what we expect, and next time I wont be afraid to explore these limits a lot further.

Thanks so much to everyone for their kinds words since the race, it really means a lot. Also a special thanks to my homestay family Tim & Tony Ramey, for making my time in Boise so enjoyable. Cheers :) 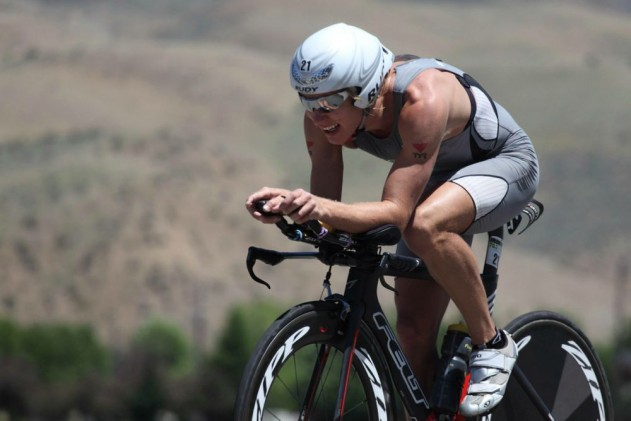 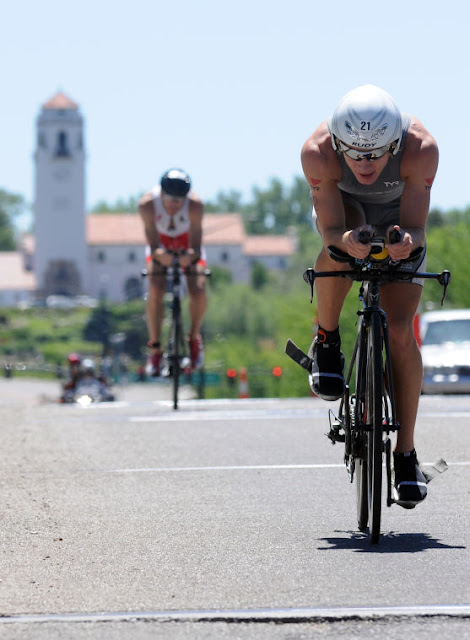 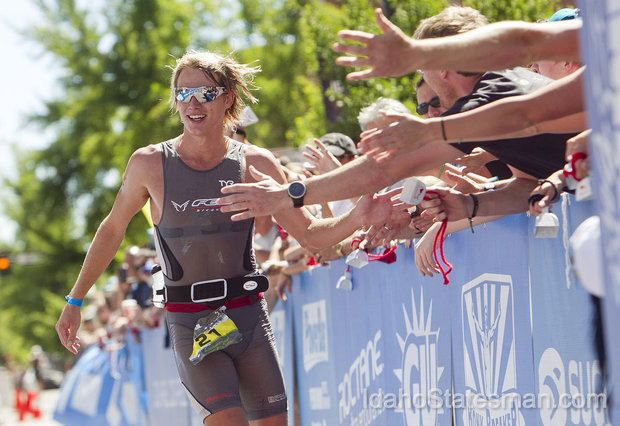 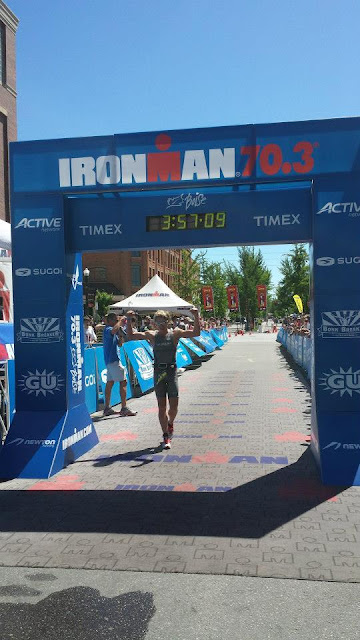 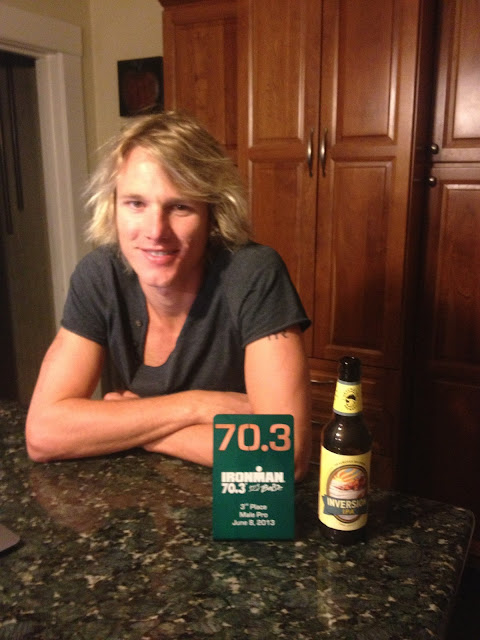 It's been a rough year for me to date. Everything started well in terms of training but a stress fracture put my plans to sleep at beginning of March. I missed a bunch of races and it took a while to get running again. My first race back at the St. Anthony's 5150 was a misfire in almost every way, and showed a slump in form from injury. In the St. Croix 70.3 a week later I was dealt a blow of bad luck with a flat & mechanical. I'm hoping to turn around my misfortunes tomorrow in the Boise 70.3, and finally get my 2013 season underway properly. 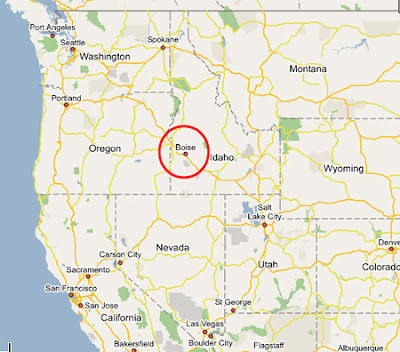 My first impressions of Boise are solid. It's the capital of Idaho, sits at 850m elevation and is surrounded by stunning geography & landscapes. I've been here only a couple of days but it feels more like a home to me than Boulder. I'm yet the check out the bike course, but the swim is in a stunningly clean snowmelt reservoir and the run is looped around a nice greenbelt along the Boise River. It's nice and hot here, we should be served temps in the 30's tomorrow. It's a 12noon start as well, a nice break from the early wake ups, which also insures we will be in the heat from the get-go. All my good 70.3's have been in the heat so I have a good feeling for tomorrow's race.

The field is srong here. I'm not going to say it's 'stacked' because apparently every 70.3 field ever is stacked. Some names lining up are Docherty, McMahon, Bell, Hoffman, Griffin, Millward, Reed (Matt), Lieto (Matt), Wurtele, Matthews, Twelsiek et al. I'll be trying to race this like I always do, be at the front of the race for as long as I can. This race is just one small part of bigger goal, and while I wont be expecting to be in red hot shape, I know my training has me in a good enough shape to take the win. Either way, it will still be progress for me considering the tardy start to the year I've had. This will also be my first ever race coming straight from altitude in Boulder, so I might even surprise myself. Here's to hoping! 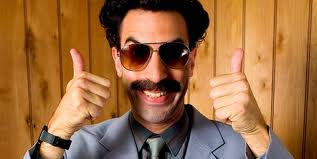 Posted by Unknown at 2:25 AM No comments: